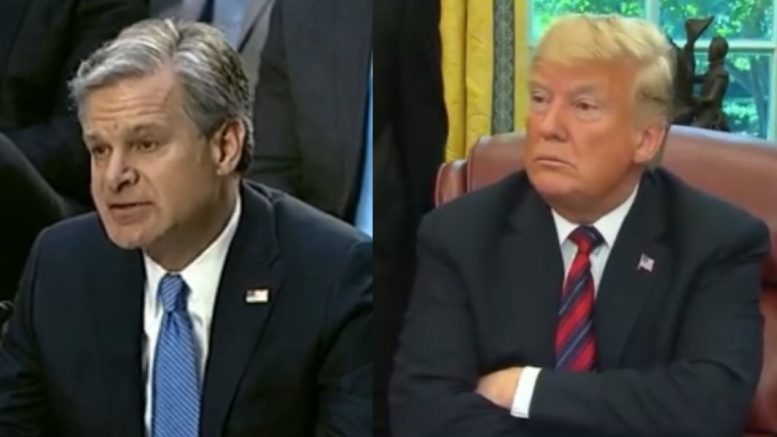 45th President Donald J. Trump weighed in over the FBI’s raid at his Mar-a-Lago estate in Palm Beach, Florida on Wednesday, describing the events that took place at his home while he was away in New York City and suggested the agents could have planted evidence because “everyone was asked to leave the premises” during their search.

An FBI source confirmed that FBI agents from Washington, D.C. who are on the bureau’s Evidence Response Team conducted the raid and notified the Miami Field Office just before, Fox News reported.

“The FBI and others from the Federal Government would not let anyone, including my lawyers, be anywhere near the areas that were rummaged and otherwise looked at during the raid on Mar-a-Lago”, President Trump wrote on Truth Social Wednesday.

“Everyone was asked to leave the premises, they wanted to be left alone, without any witnesses to see what they were doing, taking or, hopefully not, ‘planting.’ Why did they STRONGLY insist on having nobody watching them, everybody out?” he wondered.

Those working for the former president who were at his Florida estate during the raid refused to turn off security cameras on the premises despite instructions from federal agents to do so, the Daily Mail reported

“Obama and Clinton were never ‘raided,’ despite big disputes!” Trump also pointed out.

In a second post, he revealed that the DOJ and FBI “asked” his legal representatives to “put an extra lock on door” where he kept confidential material and were “shown the secured area” with the boxes.

“In early June, the DOJ and FBI asked my legal representatives to put an extra lock on the door leading to the place where boxes were stored in Mar-a-Lago – We agreed. They were shown the secured area, and the boxes themselves,” Trump disclosed.

“Then on Monday, without notification or warning, an army of agents broke into Mar-a-Lago, went to the same storage area, and ripped open the lock that they had asked to be installed,” he said. “A surprise attack, POLITICS, and all the while our Country is going to HELL!”

Save America attorney, Christina Bobb, told OANN, “There’s no crime here. … Does it mean that they won’t try to pretend something is there and toss up an indictment and hope D.C. jury convicts him? Maybe they try to do something like that, but there’s actually not anything there. I’m not too worried about it. I think they’re going to try, but I don’t think they’re going to be very successful at much of anything.”

She added: “And if anything, it’s hurting them more. It’s causing the American people to look at them and go, ‘Have you all lost your minds? What are you doing?'”.