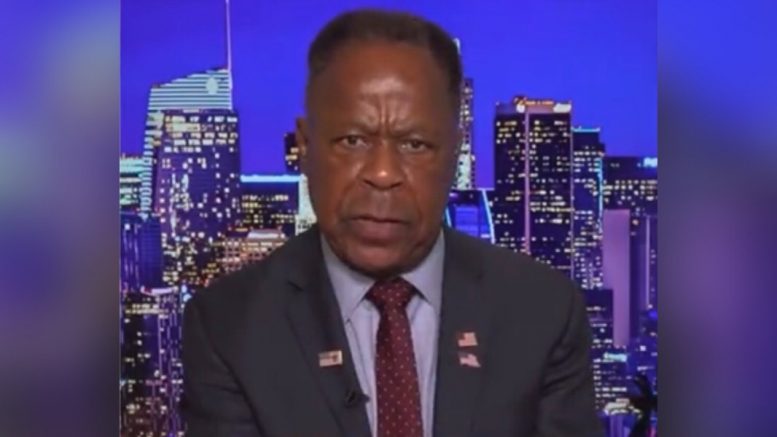 Terrell told Mark Levin that he has “been angry all week” over the FBI raid, saying that it was “one of the darkest days in American history” and “they are trying to silence us”.

“The Constitution was trampled upon. The Fourth Amendment was ignored. And I want to make sure people understand this: This is not about the rule of law, this is about political power from the extreme left,” Leo Terrell said.

“They violated every sense of decency involving President Trump’s Fourth Amendment rights. They didn’t raid his house, they invaded his house. … I want people to understand this: it is not about the records. It’s the extreme left afraid, intimidated that President Donald J. Trump is gonna run for reelection. And I got news for you. He’s gonna run for reelection,” Terrell predicted.

“They have been after him for the last six years, Mark, the history; the FBI, the phony Steele dossier, the two impeachments. And they have said they are going to keep going after him, and this man is not going to quit. They are going to lose,” he said.

“And this is a message to the American public: If we go after President Donald J. Trump, we can go after you,” Terrell warned of bureaucratic agencies.

“They were trying to send a message. And I want to tell you right now, Mark, we have to see not the search warrant. I want to see that declaration. I want to see the affidavit, because this is not about records. This is somehow an attempt to prevent Trump from running for office. You and I are not intimidated by them. The American people are not intimidated by them. And we’re not gonna burn up streets, but we’re gonna make it known in November that we’re gonna get this extreme, extreme group of people out of office,” Terrell added.