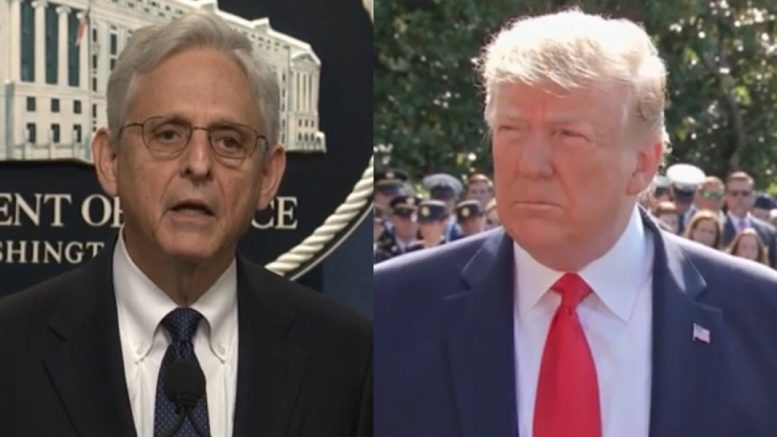 The seven-page warrant that authorized the FBI to raid 45th President Donald Trump’s Mar-a-Lago home on Monday was unsealed Friday, shows that Trump is allegedly under federal investigation for obstruction of justice and other alleged violations.

Trump reacted in a statement on Truth Social after the release of the warrant, saying that “it was all declassified”.

“Number one, it was all declassified. Number two, they didn’t need to ‘seize’ anything. They could have had it anytime they wanted without playing politics and breaking into Mar-a-Lago. It was in secured storage, with an additional lock put on as per their request,” President Trump said.

“They could have had it anytime they wanted—and that includes LONG ago. ALL THEY HAD TO DO WAS ASK. The bigger problem is, what are they going to do with the 33 million pages of documents, many of which are classified, that President Obama took to Chicago?” the former Commander in Chief wondered.

According to the warrant which was unsealed Friday by Judge Bruce Reinhart, Trump is under investigation for alleged violations of 18 USC 2071 — concealment, removal, or mutilation; 18 USC 793 of the Espionage Act—gathering, transmitting, or losing defense information; and 18 USC 1519 — destruction, alteration, or falsification of records in federal investigations.

The warrant shows FBI agents targeted “the ’45 Office,’ all storage rooms, and all other rooms or areas within the premises used or available to be used by FPOTUS (former president of the United States) and his staff and in which boxes or documents could be stored, including all structures or buildings on the estate.”

Agents were granted authority to seize “all physical documents and records constituting evidence, contraband, fruits of crime, or other items illegally possessed,” according to the warrant. That includes documents with classification markings and presidential records that were drafted between Jan. 20, 2017, and Jan. 20, 2021 — when Trump was in office.

The Washington Post, who cited unnamed sources Thursday, reported that some documents relating to nuclear weapons were among the items sought by the FBI. Trump on Friday, however, called the report a hoax and a continuation of the Trump-Russia collusion narrative that was peddled by legacy news outlets.

“Why wouldn’t the FBI allow the inspection of areas at Mar-a-Lago with our lawyer’s, or others, present. Made them wait outside in the heat, wouldn’t let them get even close – said ‘ABSOLUTELY NOT.’ Planting information anyone? Reminds me of a [Christopher] Steele Dossier!” Trump wrote. 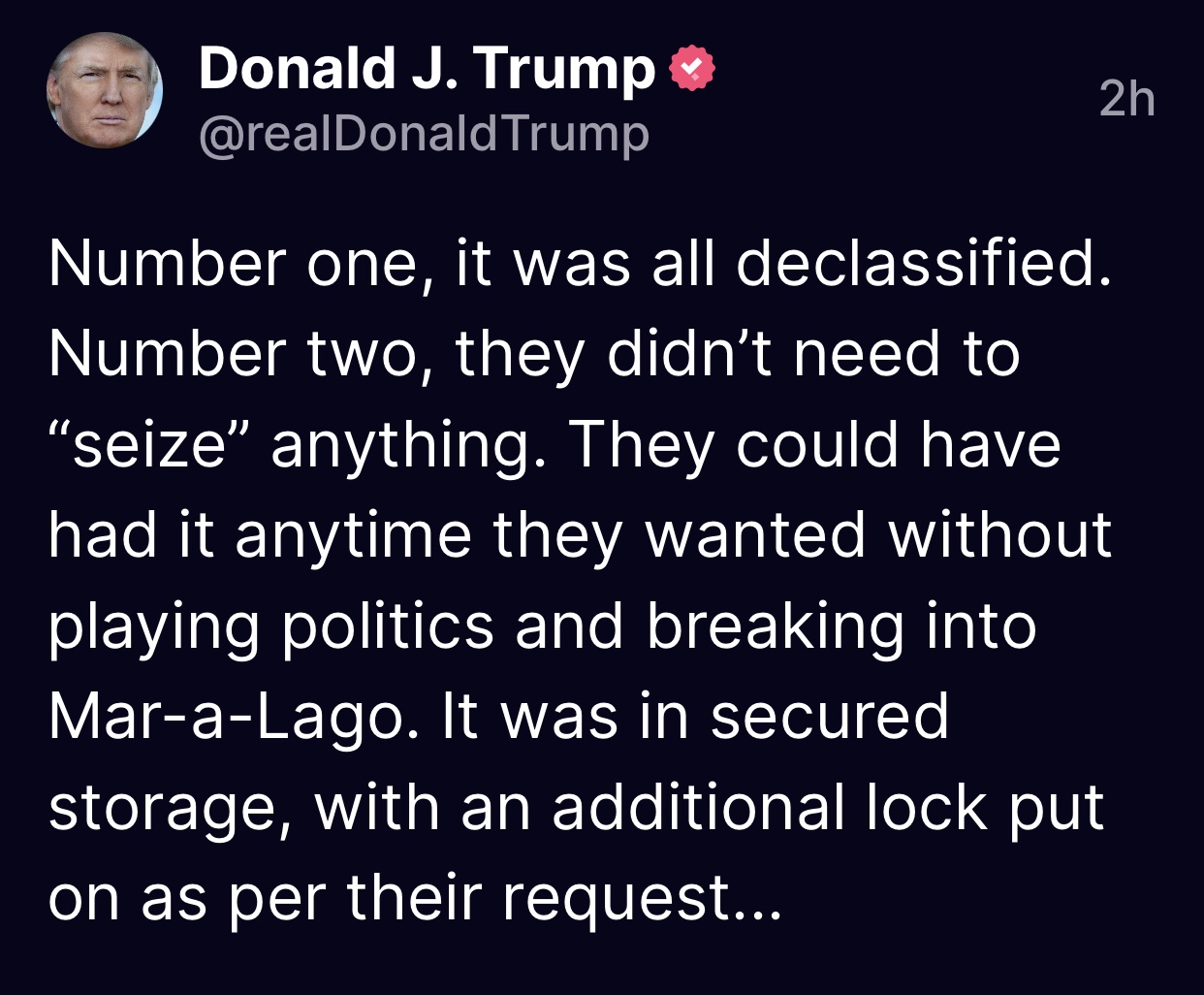 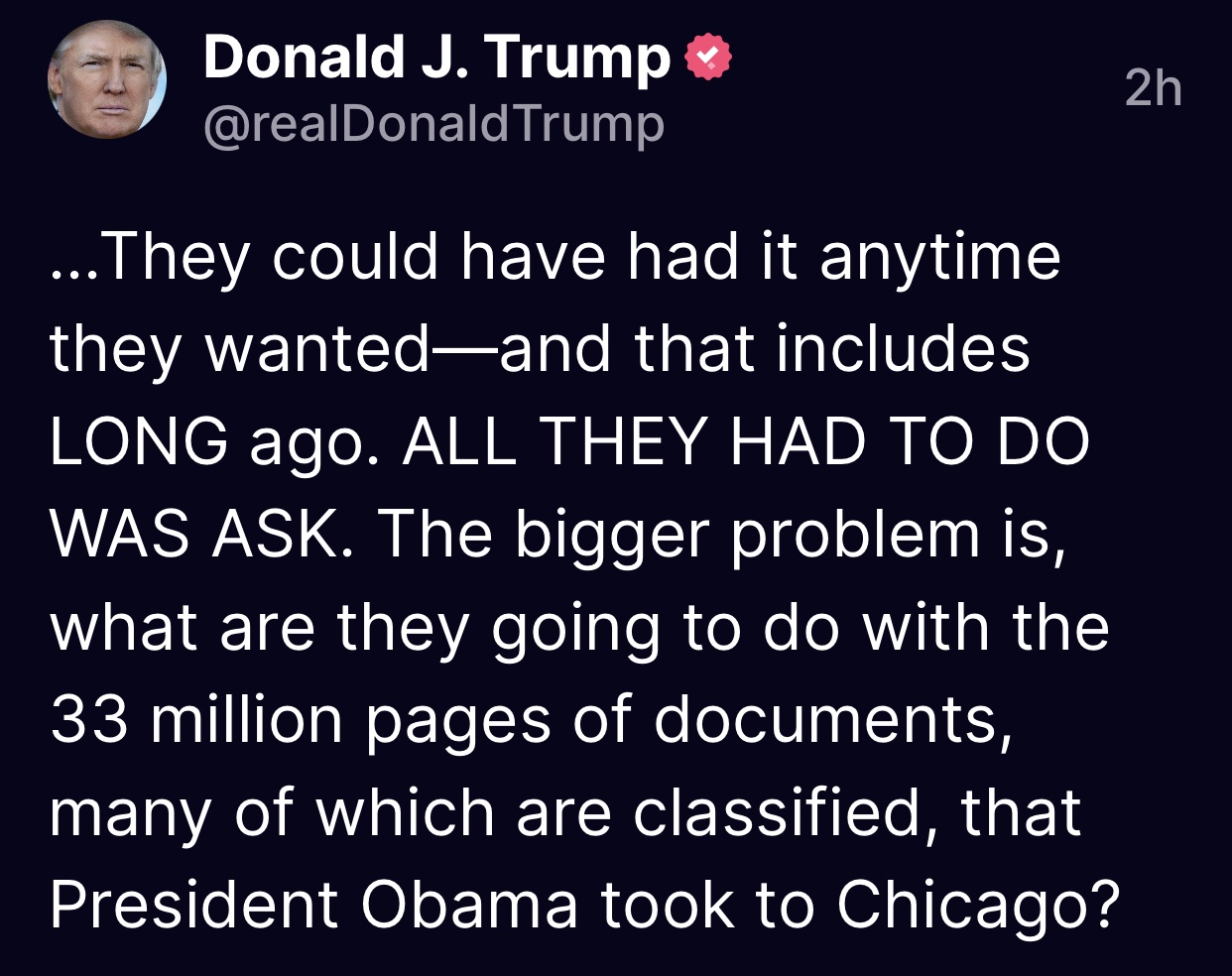 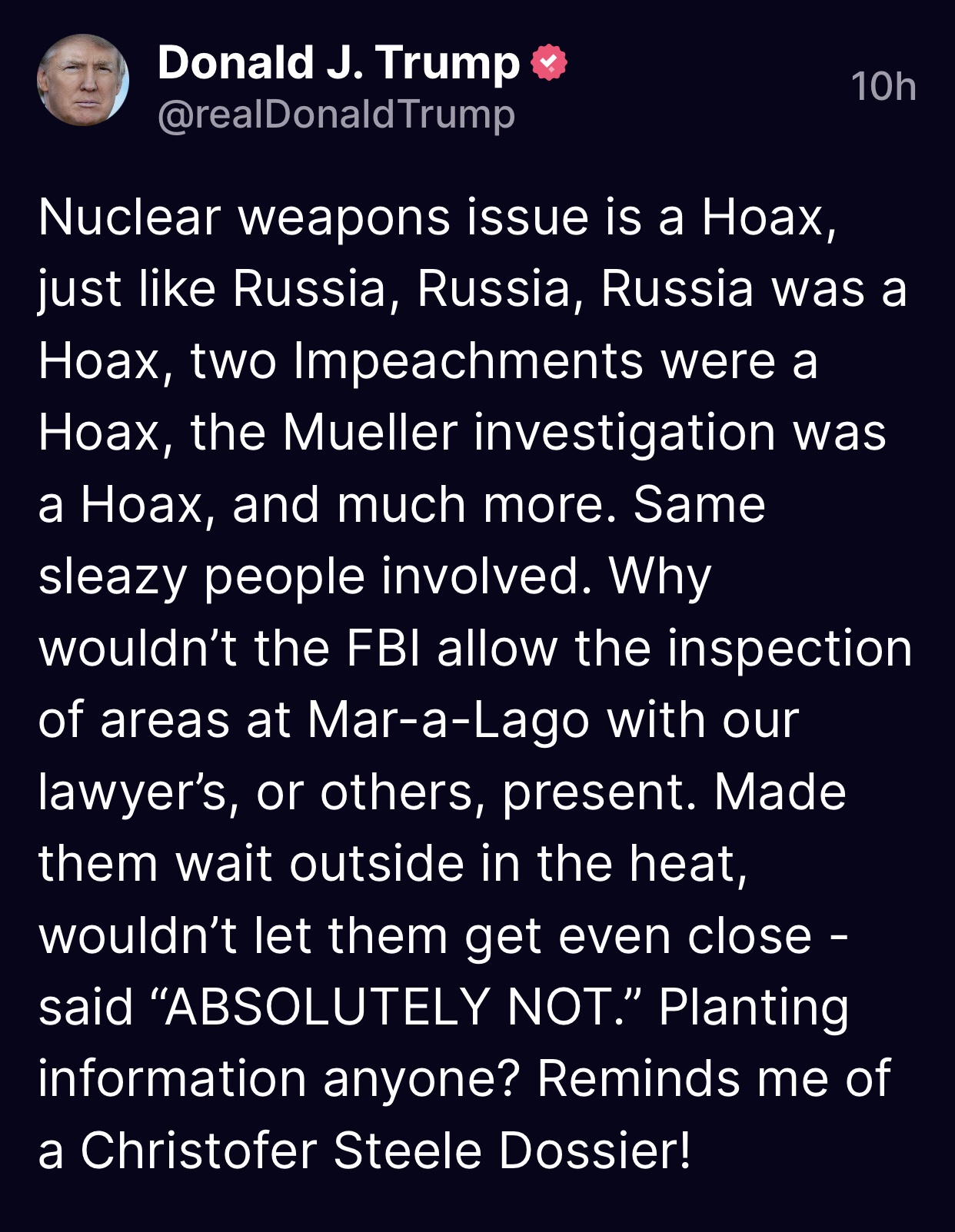