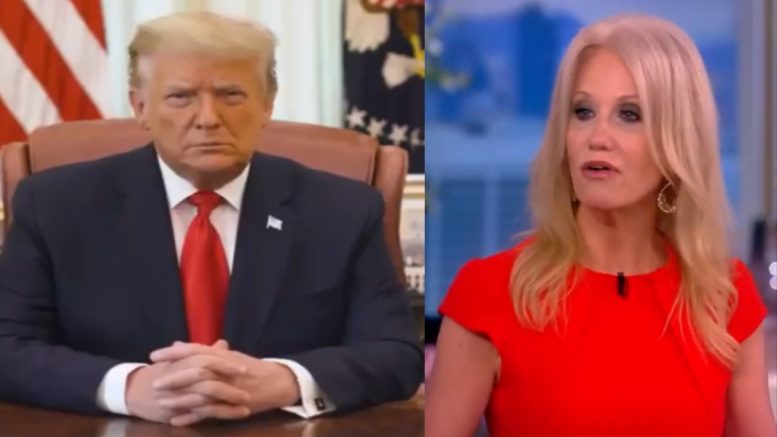 45th President Donald Trump on Thursday said that Kellyanne Conway “never told” him that “she though we lost” the 2020 presidential election and suggested, “Writing books can make people say some very strange things”.

Trump made the comment on his social media network, Truth Social, refuting Conway’s assertion that she “may have been the first person Donald Trump trusted in his inner circle who told him that he had come up short this time.”

“Kellyanne Conway never told me that she thought we lost the election. If she had, I wouldn’t have dealt with her any longer — she would have been wrong — could go back to her crazy husband,” President Trump wrote.

In her book, Conway mainly points her finger at the Trump campaign for the loss in 2020, and says Trump and his over $1 billion in campaign funds were mismanaged in the final months of the election. But she also writes that voters have every right to question the election process,” Meridith McGraw at Politico reported.

“What happened in 2020 can never fully be understood,” Conway writes. “There has been no silver bullet that proves Donald Trump was the rightful winner as many have claimed.”

“Got 12 million more votes that we did the first time, the most votes, by far, of any sitting President,” Trump also noted on Truth Social.

“The election was RIGGED. They used Covid to cheat and steal, and the evidence is massive and indisputable. See ‘2000 Mules'”, he added of Dinesh D’Souza’s political documentary.

Conway served as Trump’s 2016 campaign manager and was a counselor to the president in the White House. She has remained close to him since she left the administration at the end of summer 2020. 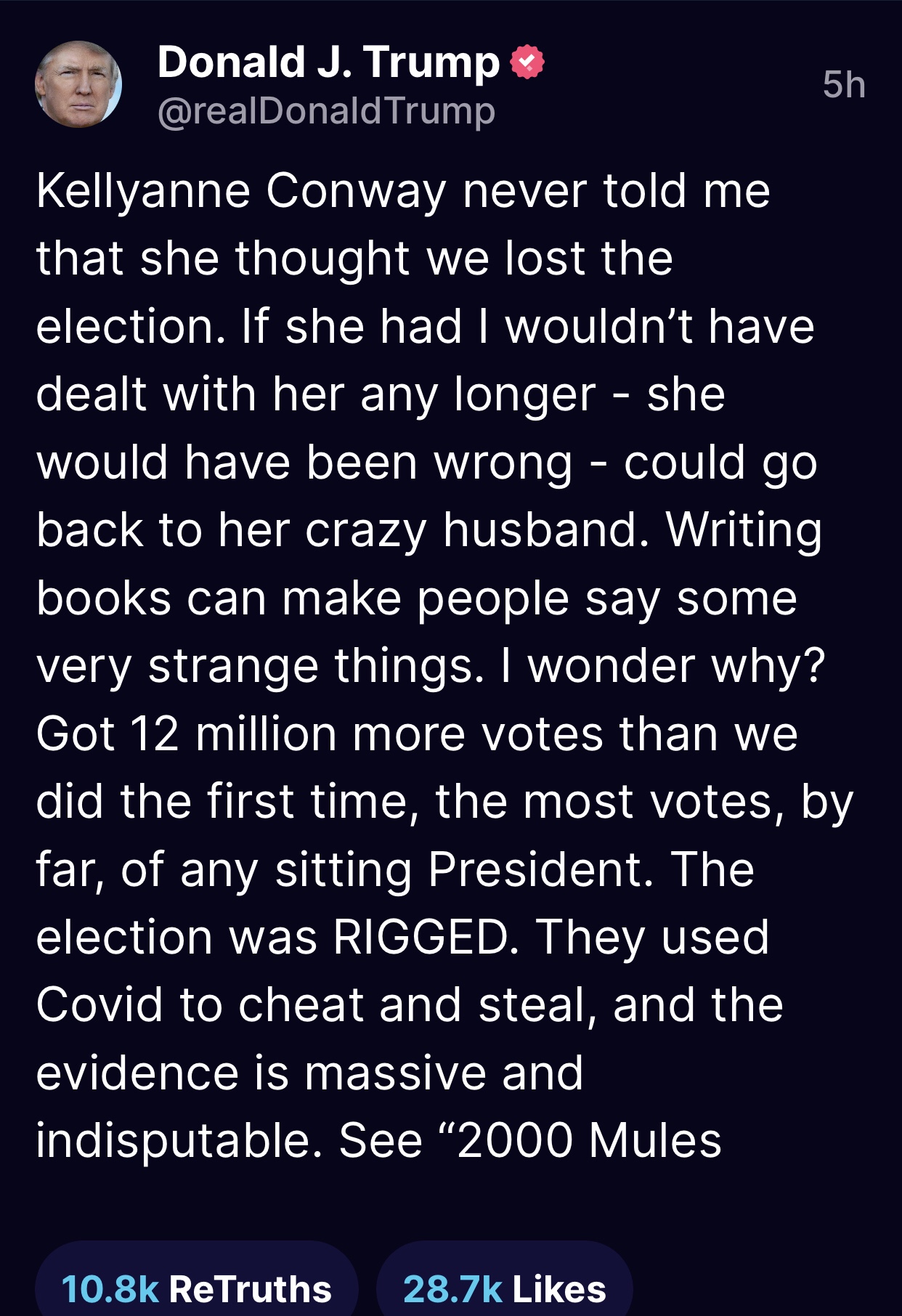 Conway was also a guest on ABC’s “The View” this week to discuss her book:

(Related: ‘This is 100% Conclusive & Determinative Evidence’: Trump on True the Vote’s Investigation of how ‘2020 Election’ was ‘Rigged’)