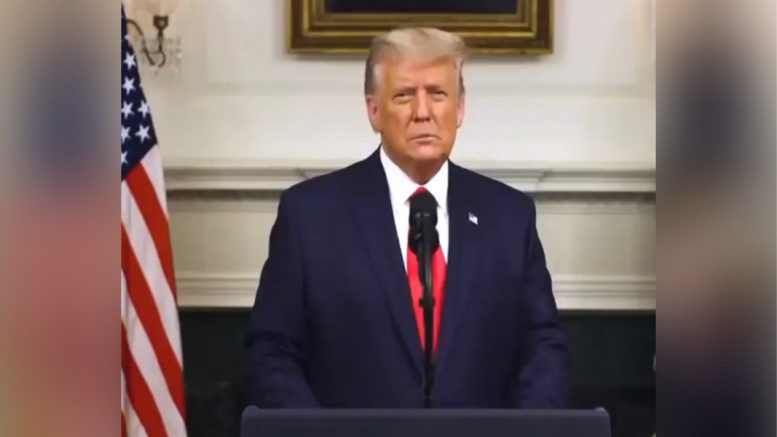 45th President Donald J. Trump issued a statement on Wednesday from his social media platform, Truth Social, confirming that he will speak Friday at the National Rifle Association convention in Houston, Texas to “deliver an important address to America” following the Tuesday school shooting at a Texas elementary school.

According to the NRA, the Secret Service is taking control of the hall during Trump’s speech and is prohibiting attendees from having firearms, firearms accessories and knives. Ammunition, laser pointers, pepper spray, toy guns, backpacks and other items also won’t be allowed. The Secret Service will search attendees with magnetometers before they enter the hall, the NRA said.

“America needs real solutions and real leadership in this moment, not politicians and partisanship. That’s why I will keep my longtime commitment to speak in Texas at the NRA Convention and deliver an important address to America,” Trump confirmed in a statement on Truth Social.

“In the meantime, we all continue to pray for the victims, their families, and for our entire nation — we are all in this together!” he expressed, adding, “A horrible time for our Country”.

The event, which begins Friday, has been in the works for months. It is hosted by the Institute for Legislative Action, the lobbying arm of the NRA, Sarakshi Rai at The Hill reported. 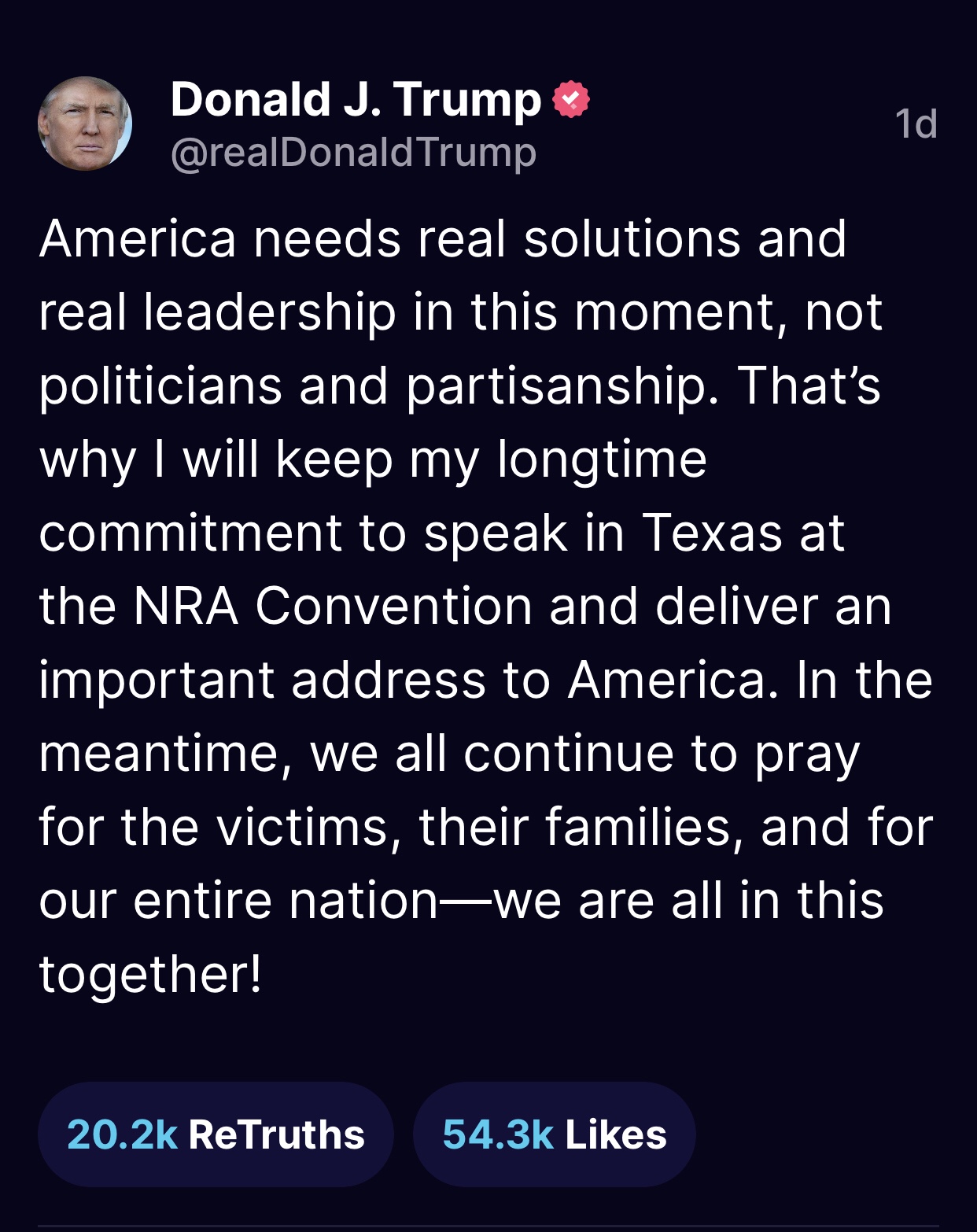 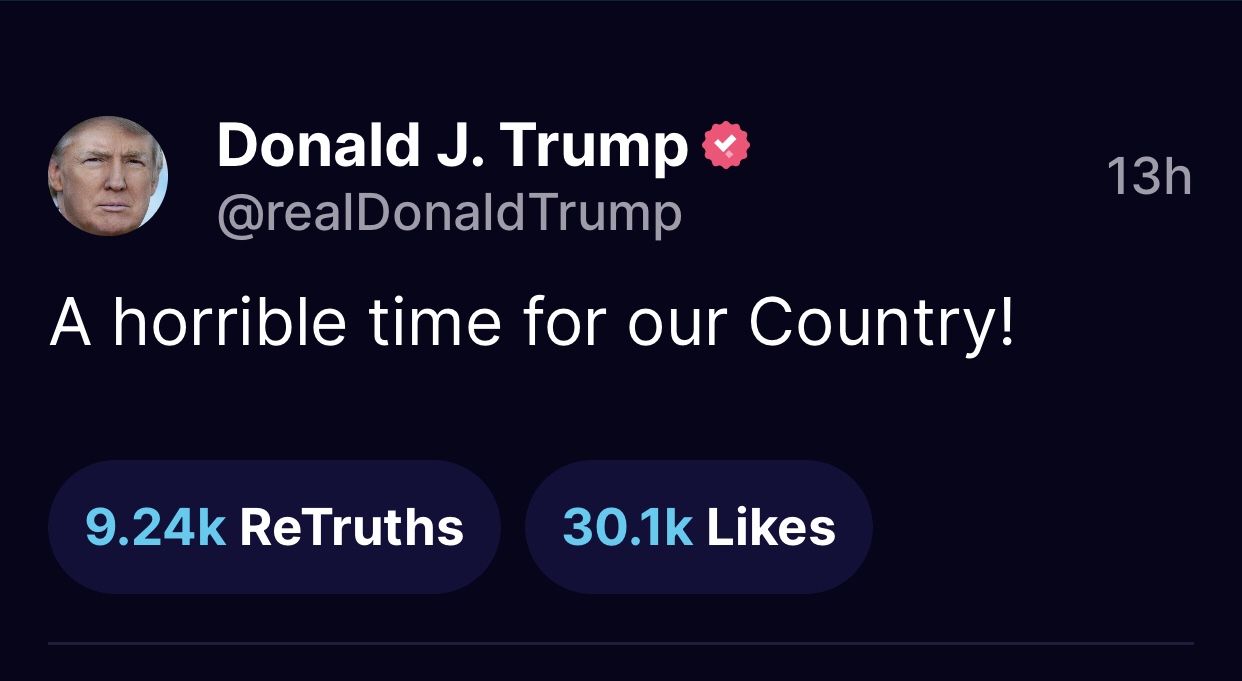 The NRA also tweeted a statement on Wednesday: