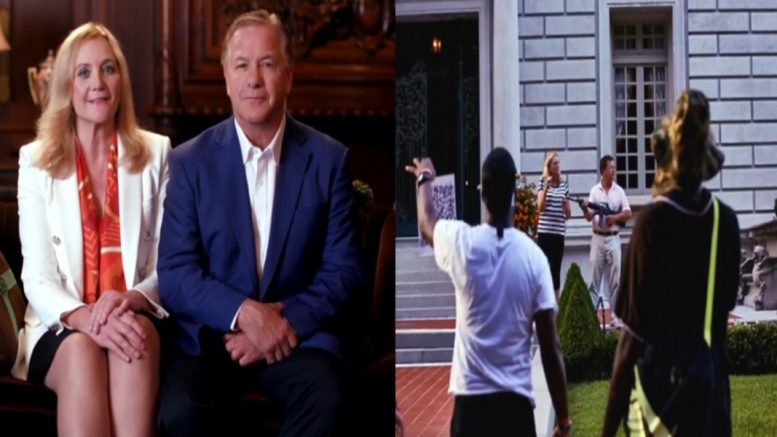 Mark McCloskey, who made national headlines last summer with his wife when they stood guard with guns outside of their St. Louis home, while Black Lives Matter protesters trespassed into their neighborhood, is reportedly considering a run for Senate in Missouri.

“I can confirm that it’s a consideration, yes,” McCloskey, a personal injury lawyer, told Politico on Tuesday evening.

Mark McCloskey told Politico he had no timetable for making a decision about whether to enter the race for the seat from which Republican Senator Roy Blunt is retiring.

McCloskey and his wife, Patricia, shot to viral fame in June 2020, when they were caught on camera brandishing firearms — he an assault rifle, she a handgun — at BLM demonstrators near their home amid unrest sparked by the Minneapolis death of George Floyd, New York Post reported.

Mark has accused the protesters of trespassing onto private property, said he feared a “storming of the Bastille” and insisted that he was a victim “of terrorism.”

He and his wife argued that they were exercising their Second Amendment right to bear arms — and were protected by Missouri law allowing the use of deadly force against intruders, as reported by New York Post.

The viral encounter made the McCloskeys champions of pro-gun groups, which drew the attention of President Donald Trump and earned them a spot at the Republican National Convention last year.

(Related: Cuomo Gets Shredded After Calling McCloskey ‘The Face’ Of ‘Resistance’ To Black Lives Matter)