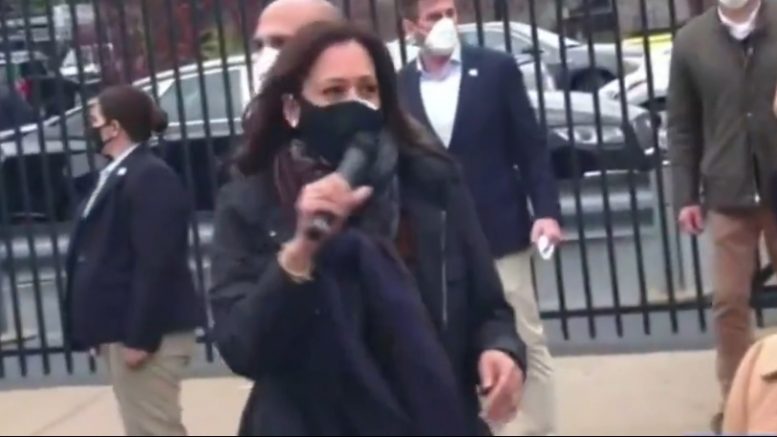 Sen. Kamala Harris was unsure what city she was in before trying to persuade folks in Cleveland, Ohio to cast their votes for her and Democratic presidential nominee Joe Biden in the 2020 election.

Before speaking to a crowd at Cuyahoga Community College in Cleveland on Saturday, Sen. Harris was caught on a hot mic and on camera asking her staff: “Are we in Cleveland?”

A hot mic caught Kamala Harris asking staff "are we in Cleveland?" before she spoke. pic.twitter.com/Fni0u5Xwgc

The hot-mic moment came as Harris was about to finish off her last of several campaign appearances in northern Ohio, where she and Biden are currently locked in a statistical tie with President Donald Trump and Vice President Mike Pence just 10 days before the election.

On Friday, Sen. Harris made another slip-up , when she suggested that over 220 million Americans have died from the coronavirus pandemic.

“We’re in the middle of a crises caused by this pandemic. We’re looking at over 220 million Americans, who just in the last several months– died,” Harris said in part. Video Below

Kamala Harris is starting to get just as confused as Joe Biden.

She just falsely claimed that 220 million Americans (more than two-thirds of the country) have died in the past few months. pic.twitter.com/BjoOmFMSfG

The Biden/Harris campaign has been plagued by several gaffes, primarily coming from Mr. Biden; however, it appears Joe’s blunders could be rubbing off on his running mate.