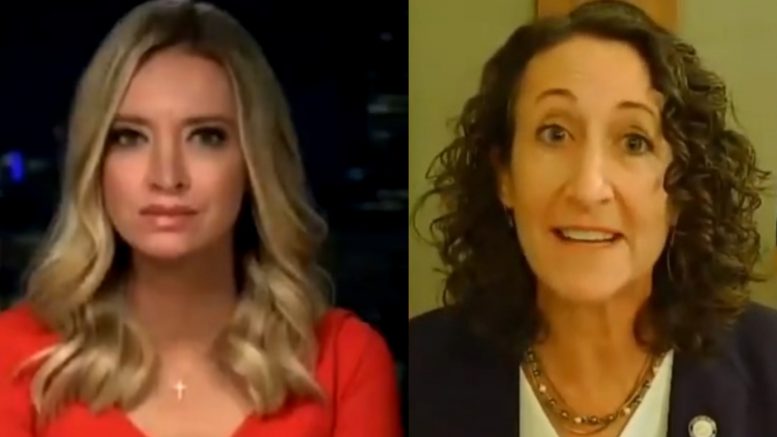 Press Secretary Kayleigh McEnany claims the Trump Campaign has obtained an email sent on behalf of Pennsylvania’s Secretary of State Kathy Boockvar just hours before midnight on November 3, that is said to prove the occurrance of an “equal protection violation.”

The issue at question pertains to mail-in ballots that were apparently “fixed” after they had been sent in — a practice that Boockvar allegedly guided Democrat-leaning counties to adopt before all of Pennsylvania’s 67 counties knew anything about the rule.

According to Penn Live, if poll workers “came across ‘naked ballots,’ or ballots that lacked a secrecy envelope, they alerted the political parties. The parties could then contact voters, tell them there was a problem, and urge them to fix it.”

Some counties in Pennsylvania, however, did not take part in having ballots fixed, as their officials believed the law did not allow them to do anything but reject ballots that contained mistakes.

“As Pennsylvania’s 67 counties began the painstaking process of processing and counting more than 2.5 million mail ballots, whether or not voters were given a chance to fix errors and ensure their votes were counted depended largely on where they lived,” Penn Live reported.

Kayleigh McEnany says the Trump campaign has recovered an email sent by Boockvar’s “stooge” to all of Pennsylvania’s 67 counties at 8:38 PM on election night to inform them of the rule that ballots could be “fixed” if the voter was tracked down. The email, however, was not sent to all officials until several hours after Democrat-led counties had already been taking part in the practice.

McEnany revealed to Sean Hannity: “We have an email from the Secretary of State — her stooge — saying this at 8:38 PM on election eve to all 67 counties: ‘Now you can go fix ballots.'”

So, while they were fixing ballots in Democrat counties, you have the avowed Secretary of State sending the equivalent of a Susan Rice smoking gun email to cover her bases. In essence, McEnany implied that Bookvar was telling counties, “Now you can do what we’ve been doing all along.”

“This kind of equal protection violation makes this a corrupt election right there in Pennsylvania,” she declared. Video Below

.@kayleighmcenany says they have an email from the Pennsylvania Secretary of State telling 67 counties now they can go fix the ballots. pic.twitter.com/OUK1ME0JET

Republicans have since filed a lawsuit, challenging whether of not fixed ballots should count in Pennsylvania’s final vote totals.