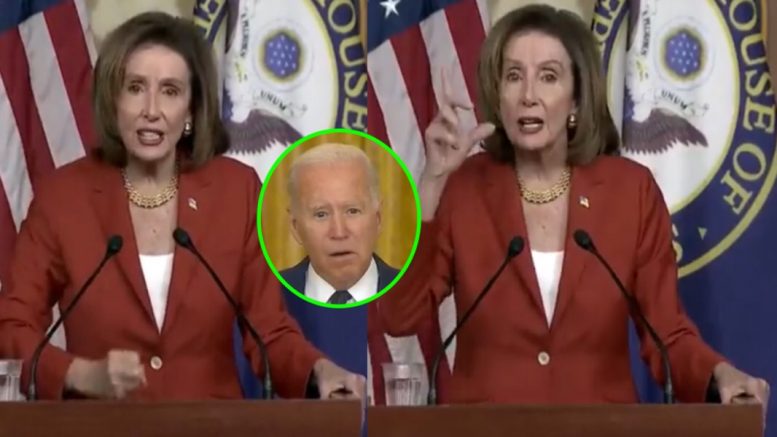 House Speaker Nancy Pelosi (D-CA) on Wednesday gushed over Joe Biden to reporters, claiming “so much has been accomplished” with the 79-year-old career politician in the White House.

64% of Americans are currently living paycheck to paycheck. pic.twitter.com/URyKivRowH

Even among those earning six figures, 48% said they are now living paycheck to paycheck, up from 42% in December, the survey of more than 2,600 adults found, CNBC reported.

Meanwhile, on Wednesday, U.S. gas prices hit a new record high of $4.104, surpassing the previous record of $4.103 set in 2008. The national average price of diesel is also nearing a new record, now at $4.63 per gallon, likely to break the record of $4.846 per gallon in the next two weeks. In addition to setting a new all-time high, the national average is seeing its largest ever 7 day spike: 49.1 cents per gallon, eclipsing the 49.0 cent weekly rise after Hurricane Katrina in 2005, according to data from GasBuddy.

Related: ‘They Got What They Asked For’: Trump’s ‘Save America’ Releases New Ad Featuring Harris as Gas Prices Surge & More

Hillary Implies the GOP Is Responsible for the Attack on Paul Pelosi, Elon Musk Reacts: ‘There Might Be More to this Story’