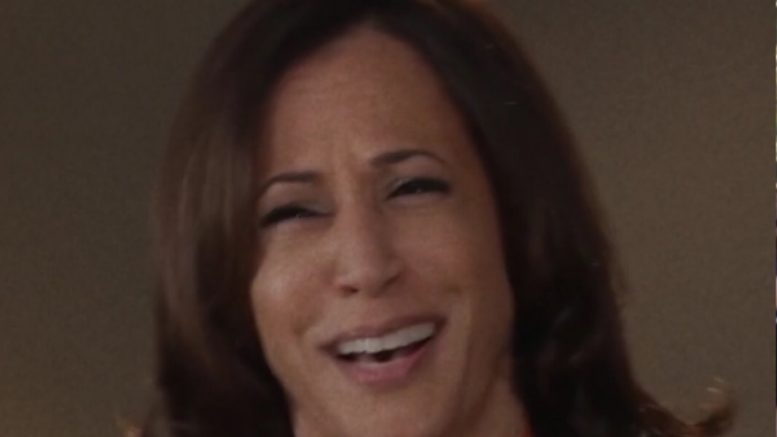 The video begins with remarks made by Kamala Harris, who said last month at a celebration at the White House, “Elections matter, and when folks vote, they order what they want, and in this case, they got what they asked for”.

The video goes on to show gas prices surging, and on Wednesday, U.S. gas prices hit a new record high of $4.104, surpassing the previous record of $4.103 set in 2008. The national average price of diesel is also nearing a new record, now at $4.63 per gallon, likely to break the record of $4.846 per gallon in the next two weeks, according to data from GasBuddy.

In addition to setting a new all-time high, the national average is seeing its largest ever 7 day spike: 49.1 cents per gallon, eclipsing the 49.0 cent weekly rise after Hurricane Katrina in 2005.

The video ad switches to crime as the country is seeing a rise in “smash and grab” robberies.

Kamala Harris is heard in the background of the video saying, “They got what they asked for”. Continued Below

The ad then shifts to dismal jobs report numbers and the botched Afghanistan withdrawal, then Harris in the background again saying, “They got what they asked for”.

“The Russians are moving toward decapitating Ukraine,” Jesse Watters is heard saying in the next section of the video, before showing empty shelves in stores due to the supply chain crisis under the Biden administration.

“This would not happen if President Trump was in the White House,” said Rep. Jim Jordan (R-OH) in the next scene of the the video ad. Continued Below

The video ad ends with “Elections have consequences” written across the screen.

‘A Laughing Stock all Over the World?’ Trump Asks of Jan. 6 Cmte After Members Vote to Subpoena him