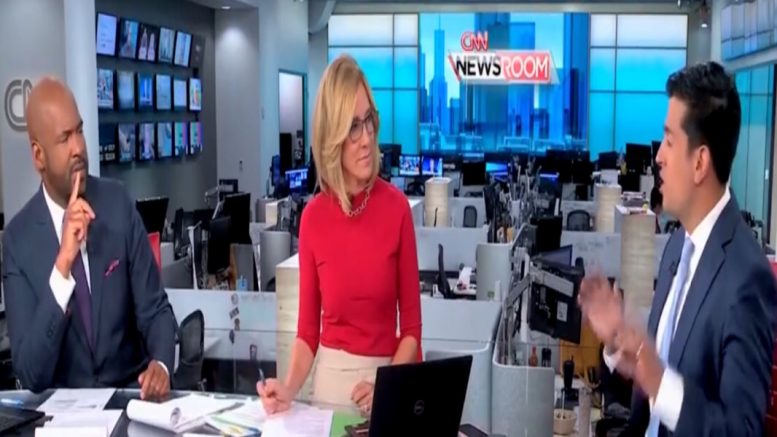 CNN appeared to admit on Tuesday that Joe Biden and his administration’s policies are to blame for record high gas prices. The average price per gallon of gasoline is $4.62, which is nearly 50 cents more than a month ago, and all 50 states average prices above $4 per gallon, according to AAA.

“We now have 9 states where the average is $4.90 a gallon or higher, the latest being Arizona, Illinois, and New York. California now stands at $6.15 a gallon,” a CNN correspondent said.

“The problem is that supply just cannot keep up with really strong demand as people travel more,” he said. “The U.S. is not producing as much as it use to, neither is OPEC, and so, prices have nowhere to go but up.”

"The U.S. is not producing as much [oil] as it used to…so prices have nowhere to go but up." pic.twitter.com/nhs3PxkRnL

During a press conference in Tokyo last week, Biden remarked over the rising gas prices, claiming, in part, that “we’re going through an incredible transition”, and suggested that America and “the world” will be “less reliant on fossil fuels”.

Earlier in the month, the Biden administration canceled three pending oil and gas drilling leases in Alaska and the Gulf of Mexico amid gas prices surging to record highs.

“… Here’s what your president did when he first came to office: He immediately reentered the Paris Climate Accord. He canceled the Keystone Pipeline. He halted leasing programs in ANWR. He issued a 60-day halt on all new oil and gas leases and drilling permits on federal lands and waters. That’s nationwide. That accounts, by the way, for 25 percent of U.S. oil production,” Hawley explained.

“He directed federal agencies to eliminate all supports for fossil fuels. He imposed new regulations on oil and gas and methane emissions. Those were all just in the first few days,” he told Granholm.