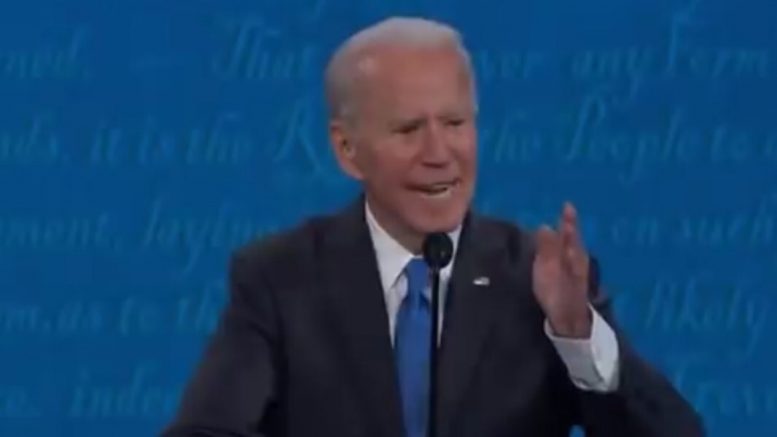 As Joe Biden is now placing blame on Russia for high gas prices at the pump, it seems it is simply not true. The high gas prices appear to be on purpose and by design. Biden canceled construction of the Keystone XL oil pipeline last year and attempted to halt new drilling permits on public land.

He said during his campaign that his administration would “transition from the oil industry” and repeatedly called for no new drilling on public lands.

During a debate in 2020, Joe Biden said, “I would transition from the oil industry, yes”:

We leave you with more examples of Joe Biden’s own remarks:

Joe Biden in 2020: "No more subsidies for the fossil fuel industry. No more drilling including offshore. No ability for the oil industry to continue to drill period. It ends." pic.twitter.com/90MVJevPmv

Biden in 2019: “I’ve argued against any more oil drilling or gas drilling on federal lands…I would not allow any more."

“We should, in fact, be looking at what exists now” pic.twitter.com/5grZi0Yxxx

Joe Biden on the campaign trail:

The pain at the pump is the point.pic.twitter.com/p3oA65vWJD

On Tuesday, however, Biden blamed Russia:

RNC Research tweeted a compilation of the Biden administration’s remarks over transitioning:

The point of Biden’s “transition” was to drive up the cost of energy.

That’s why Biden is doubling down on the same radical policies. pic.twitter.com/aVHUbwjAZy

(Related: Trump Suggests ‘if the Election Wasn’t Rigged’, America Would be ‘Energy Independent’ Have ‘Record-low gas Prices’ & ‘Supplying the World With oil & gas’)

Judge Jeanine Pirro: “Why Is [Joe Biden] Giving Legitimacy To A Terror Organization?”