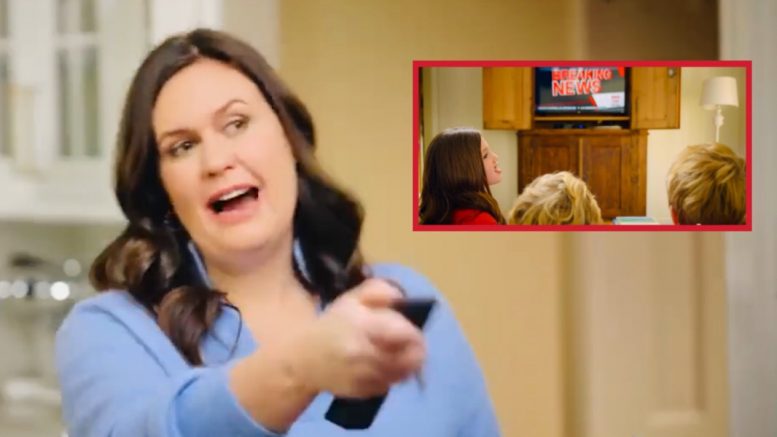 Sanders explained in her ad that when she was the former White House press secretary under 45th President Donald Trump, she had to “say no a lot”, likely referring to the press, but added, “Being a mom to young kids was the perfect training”.

“As governor, I will say no to Biden and the radical left’s agenda. But yes, to good schools, lower taxes, and higher paying jobs,” Sanders said in her 30 second campaign ad.

“This is about our freedom and their future,” she said.

“Oh, absolutely not,” Sanders says to her kids, then flips the channel. Video Below

WATCH my new TV ad “No!” and see why I may have to put parental controls on CNN 😂 pic.twitter.com/zSVYf5IEw3

(Related: Sarah Sanders Announces She’s Officially Filed to run for Governor in Arkansas: ‘Ready to Take Arkansas to the top’)

Brian Stelter Perplexed Over the Idea of ‘No Rules’ & ‘Total Freedom’ on Twitter: ‘Am I Crazy?’