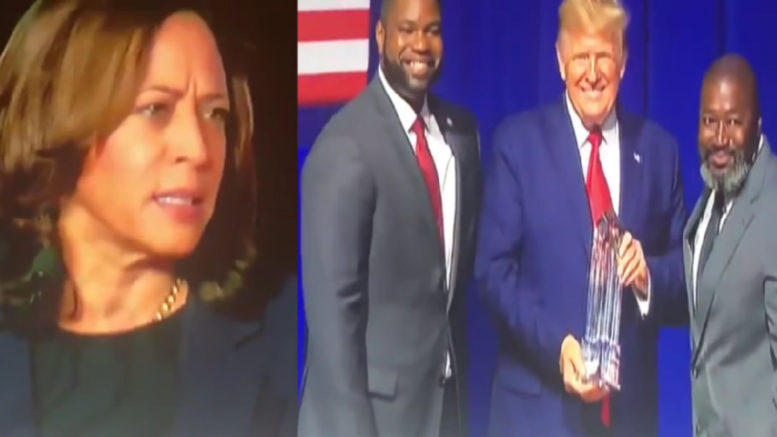 In an odd back-and-forth on her attendance, Kamala Harris said Saturday she would, in fact, go to a criminal justice forum in South Carolina, despite very publicly announcing she would boycott the event due to a sponsoring group’s decision to give an award to President Trump, Fox News reported.

On Friday, the Democratic candidate announced that she would “skip” the 2019 Second Step Presidential Justice Forum at Benedict College in Columbia, South Carolina after the 20/20 Bipartisan Justice Center awarded President Donald Trump for his efforts to pass sweeping criminal justice reform legislation.

“Badly failing presidential candidate @KamalaHarris will not go to a very wonderful largely African American event today because yesterday I recieved (sic) a major award, at the same event, for being able to produce & sign into law major Criminal Justice Reform legislation, which will greatly help the African American community (and all other communities), and which was unable to get done in past administrations despite a tremendous desire for it,” the President wrote.

“This and best unemployment numbers EVER is more than Kamala will EVER be able to do for African Americans!” he proclaimed.

But by midday, Harris had come around, with a campaign announcement that she would, in fact, be attending the forum, with her campaign claiming that she successfully pressured the group that awarded the president to be dropped as a sponsor, as per Fox News. (Continued Below)

“After Senator Kamala Harris stood up and objected to their group awarding Trump and excluding HBCU students from participating, the 20/20 Bipartisan Justice Center was removed as a sponsor for the criminal justice forum at Benedict College,” the Harris campaign said in a statement Saturday. “After their removal, Harris announced she will join students, Mayor Steve Benjamin and the broader Columbia community on campus at Benedict to discuss critical issues for the country’s justice system.”

Harris, at the event, put her irritation with President Trump on display and vented, “I just couldn’t believe that Donald Trump would be given an award as it relates to criminal justice reform.”

While reading off of her notes, she added, “I mean let’s be clear. This is someone who has disrespected the voices, who have been present for decades, about the need for reform of this system.” (Video Below)

The organization on Friday awarded the president for his administration’s work to pass the First Step Act, which grants early release to thousands of nonviolent offenders who are currently serving time in federal prisons, Fox News reported.

Looks like @KamalaHarris showed her face in S.C. after all, and she was MAD President @realDonaldTrump received an award.

Let’s face it, nobody is falling for Democrats’ worn out “race card” anymore.