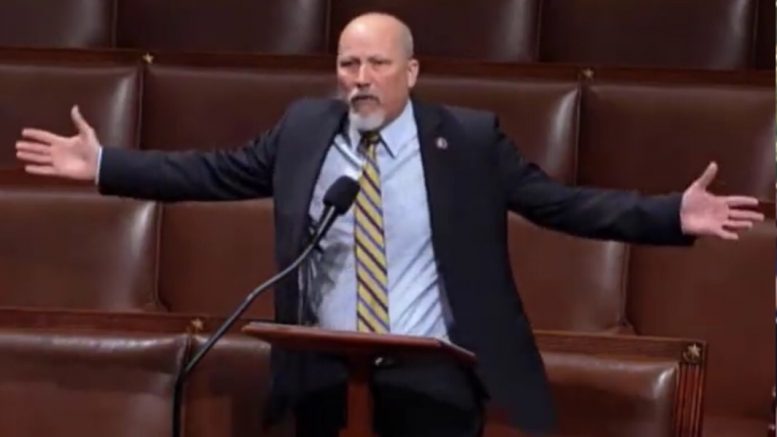 Rep. Chip Roy (R-TX) erupted on the House floor Tuesday toward both Democrat and Republican colleagues for “selling the American people a bill of goods”.

The Texas congressman spoke ahead of lawmakers voting on an omnibus spending bill to prevent a government shutdown. The package will also reportedly include at least $10 billion in aid to Ukraine, and billions more to address the ongoing COVID pandemic.

“It’s not good enough to ban Russian oil if we’re not gonna open up American oil and gas. All we’re gonna do is provide more money to Venezuela, more money to Saudi, more money to Iran, but yet, that’s being touted as a victory,” he said.

Biden administration officials traveled to Venezuela over the weekend for talks on potentially allowing the country to sell its oil on the international market, helping to replace Russian fuel. Biden may travel to Saudi Arabia as the US works to convince the kingdom to increase its production. And a looming nuclear deal could bring significant volumes of Iranian oil back to the market, CNN reported.

It’s far from clear that the administration’s efforts will yield results. Venezuela’s socialist leader, Nicolás Maduro, is Russian President Vladimir Putin’s top ally in Latin America. So far, Saudi Arabia has refused to increase production, though officials remain hopeful of a breakthrough. And a revived Iran nuclear deal remains elusive — in part because of new demands by Russia, a partner in the international negotiations, per CNN. Continued Below

Rep. Roy said some of his colleagues think this new deal would be “great”, while also noting that his Democrat colleagues “don’t want any oil”.

“They don’t mind your gas being four dollars, seven dollars, ten dollars a gallon. Don’t get played. But my colleagues on this side of the isle are about to get played,” he said.

“And stop spending money we don’t have. Stop funding tyranny. Stop forcing Americans to get a jab or lose their job. Stop leaving the border wide open, and stop selling the American people a bill of goods. And I’m looking directly at my Party when I say that,” he added.

"Stop spending money we don't have.

"Stop forcing Americans to get a jab or lose their job.

"Stop leaving the border wide open, and stop selling the American people a bill of goods, and I'm looking directly at MY party when I say that."

(Related: Chip Roy: ‘Why Would Anybody in This Chamber Vote to Fund a Govt That’s Going to Mandate That People Have to Lose Their Jobs Through These Unlawful Orders?’)