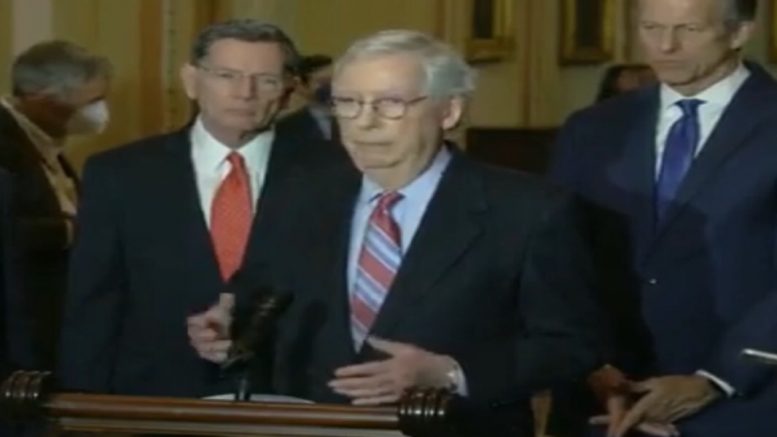 During a Senate Republican weekly press conference, Minority Leader Mitch McConnell (R-KY) claimed on Tuesday that he would “be the majority leader” should Republicans take back the majority after the November midterms.

Senator Mitch McConnell (R-KY): "If we're fortunate enough to have the majority next year, I'll be the majority leader.”pic.twitter.com/0RmEeTkEML

Last month, 45th President Donald Trump said in an email statement, “Mitch McConnell does not speak for the Republican Party, and does not represent the views of the vast majority of its voters. He did nothing to fight for his constituents and stop the most fraudulent election in American history”.

In August of last year, Trump said of McConnell, “I have quietly said for years that Mitch McConnell is the most overrated man in politics—now I don’t have to be quiet anymore.”

During an interview last April, the 45th President told Fox Business’ Maria Bartiromo that the party needs new leadership in the Senate. “I think we’re going to do very well. We need good leadership. Mitch McConnell has not done a great job, I think they should change Mitch McConnell”, he said.