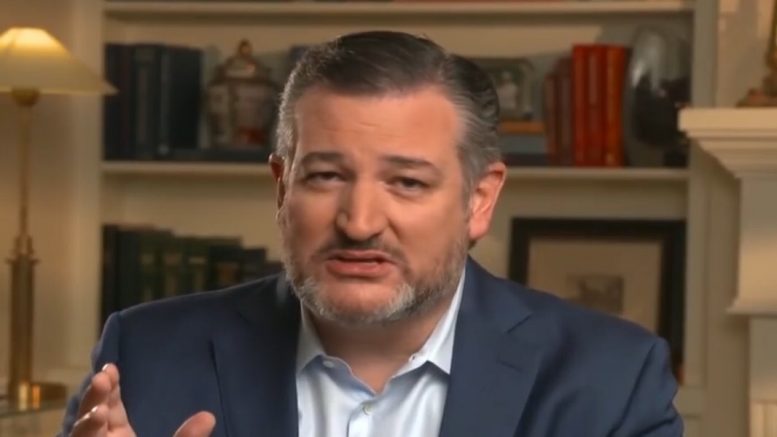 Senator Ted Cruz (R-TX), during an interview on “Fox News Sunday”, weighed in on Special Counsel John Durham’s latest court filing, saying that “if what [he] is alleging is true … it’s a lot bigger than Watergate”, adding, “People need to go to jail for this, if these allegations are true”.

“We have to see what the facts are, but I’ll tell you, the allegations to what Durham filed … in a federal court is deeply concerning,” Senator Cruz expressed.

“What Durham alleged as a federal prosecutor, as a special prosecutor, is that a lawyer for the Hillary Clinton Campaign conspired with a big tech executive to monitor and spy on Donald Trump, to spy on him at his home, to spy on him at his office, and indeed, they were spying on the White House itself. They were spying on a sitting president,” Cruz explained of Durham’s filings.

“If this is true, it’s a lot bigger than Watergate … and people need to go to jail for this, if these allegations are true,” Mr. Cruz stated. Continued Below

This could be much bigger than Watergate. pic.twitter.com/wods3GISgc

Mike Huckabee On Trump Critics: “This Is Not About Electing A Personality, This Isn’t Hollywood. This Is The Rough, Tumble World Of Politics”