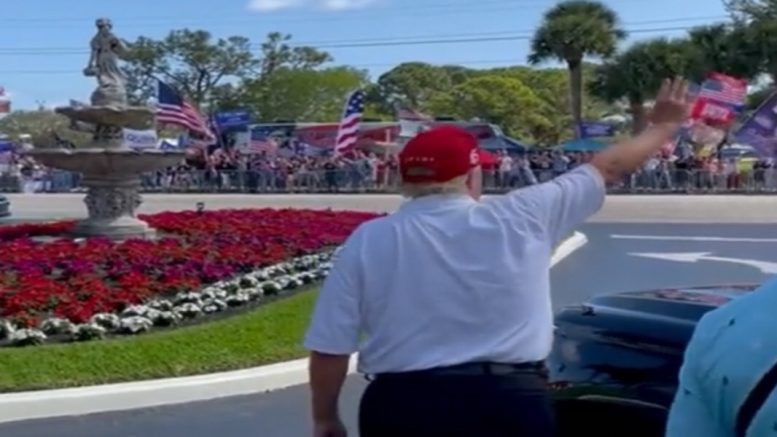 In a video posted by Dan Scavino on Twitter, Trump could be seen showing his gratitude to supporters by waving, clapping, and fist bumping the air as fans cheered and chanted “We love Trump”.

Happening now outside of Trump International Golf Club in the GREAT state of FLORIDA! AWESOME!!

Further, Fox News’ Laura Ingraham tweeted a photo of a banner — in support of the 45th President — flying near Mar-a-Lago on Monday:

Seen flying up the Florida coast near Mar-A-Lago today. pic.twitter.com/5zCYpJXhSa