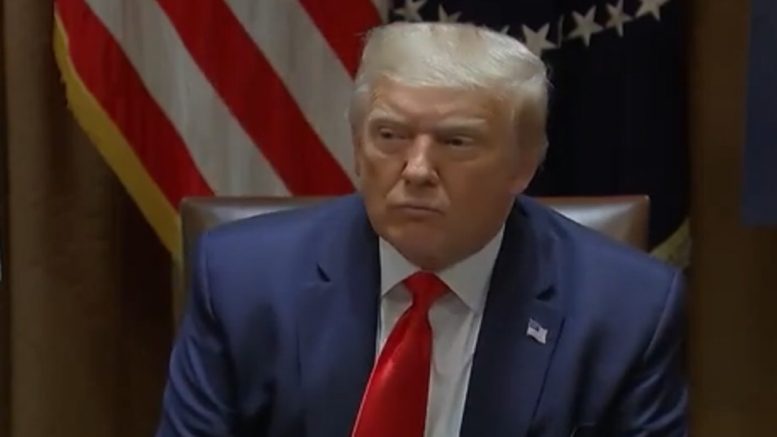 Trump set the record straight, firing back in an email statement on Friday evening, saying, “The National Archives did not ‘find’ anything”, adding, “The Fake News is making it seem like me, as the President of the United States, was working in a filing room”.

The National Archives did not “find” anything, they were given, upon request, Presidential Records in an ordinary and routine process to ensure the preservation of my legacy and in accordance with the Presidential Records Act. If this was anyone but “Trump,” there would be no story here.

The Fake News is making it seem like me, as the President of the United States, was working in a filing room. No, I was busy destroying ISIS, building the greatest economy America had ever seen, brokering Peace deals, making sure Russia didn’t attack Ukraine, making sure China didn’t take over Taiwan, making sure there was no inflation, creating an energy independent country, rebuilding our military and law enforcement, saving our Second Amendment, protecting our Border, and cutting taxes.

Now, Russia is invading Ukraine, our economy is being destroyed, our Border is once again overrun, and the mandate continues. Instead of focusing on America, the media just wants to talk about their plan to “get” Trump. The people won’t stand for it any longer! Continued Below 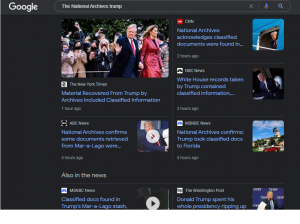 In a letter sent to Rep. Carolyn Maloney, D-N.Y.,  David Ferriero, archivist of the United States, wrote that some information in the 15 boxes of presidential records taken to President Trump’s personal residence in Florida contained “classified national security information.”

“I write in response to your letter of February 9, 2022, in which you asked a number of questions relating to “the 15 boxes of presidential records that the National Archives and Records Administration (NARA) recently recovered from former President Trump’s Mar-a-Lago residence,” Ferriero wrote to Rep. Carolyn Maloney, D-N.Y., in a letter dated Friday. “Please see our responses to each of your questions.” Continued Below

Maloney is the chairwoman of the House Committee on Oversight and Reform.