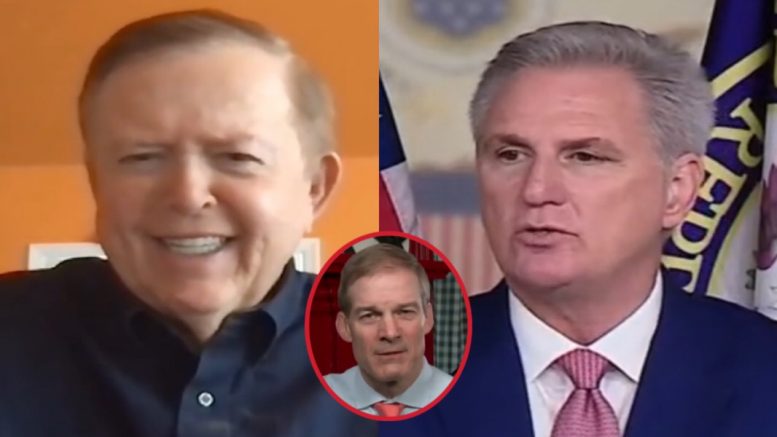 Dobbs made the remarks during an episode on Rep. Matt Gaetz’s (R-FL) podcast released on Thursday and called House Minority Leader Kevin McCarthy (R-CA) a “RINO” — (Republican In Name Only.)

“…It’s a shame in my opinion that Kevin McCarthy wants to be Speaker when the Republicans win in November. It’s outrageous. He is too much of a — I’ll be kind, if not RINO, a middle-of-the-roader. I personally believe him to be outright, a RINO,” Lou Dobbs told Rep. Gaetz on his “Firebrand with Matt Gaetz” podcast.

“And the party needs strength. It needs vision. It needs energy, vibrancy, and new blood in leadership. It’s that simple,” he said.

Rep. Gaetz asked Mr. Dobbs if he could be excited about a “Speaker Jim Jordan”.

“You bet I could be excited about Jim Jordan, as you well know,” Dobbs replied. “I, you know, I think highly of him. I think highly of you. I think you should be in there as well. I really believe that the brightest, hardest working conservative leaders we have in the House should be leading the House, and I believe most of the members would agree with me on that.” Video Below

100% Agree with the Great @LouDobbs. @GOPLeader is a RINO & the GOP needs new leadership.