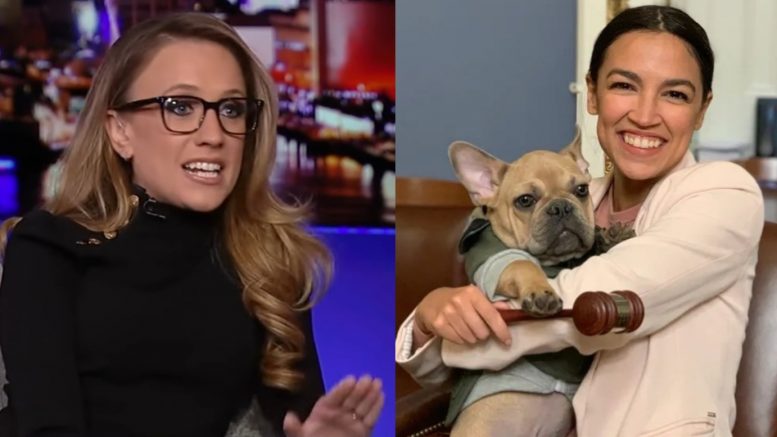 Timpf referenced AOC’s infamous French bulldog as an example to show just how “full of shit” the congresswoman is when claiming she’s a “socialist.”

Related Article: Tina Forte Launches Congressional Bid In NY Against AOC: “The D.C. Swamp Is Knee-Deep In Garbage & It’s Time Someone Takes Out The Trash. AOC, That Means You!”

“She’s not a socialist. She has a French bulldog,” Timpf said. “That does not exist without [capitalism].”

“It’s not a rescue, okay,” she added. “It’s an expensive dog that is made… they don’t even have sex with each other. They have to be genetically engineered and then c-sectioned because their heads are too big. That dog does not exist without capitalism.”

“All you have to do is look at her dog to know she’s full of shit,” Timpf asserted. Video Below

In 2020, the animal rights group PETA called out the the New York politician in a scathing letter for allegedly buying and caging a purebred French bulldog rather than adopting a needy dog.

As reported by The Sun:

Newkirk wrote: “With the millions of homeless dogs out there, you apparently chose to buy a purebred puppy instead of adopting one from an animal shelter.

“Right this minute, on Petfinder alone, there are more than 110,000 dogs — including French bulldogs — who need homes.

“Animal shelters are bursting at the seams with hundreds of thousands more, many of whom will be ‘put to sleep’ for lack of a home.”

We leave you with some pictures of AOC’s purebred French bulldog: 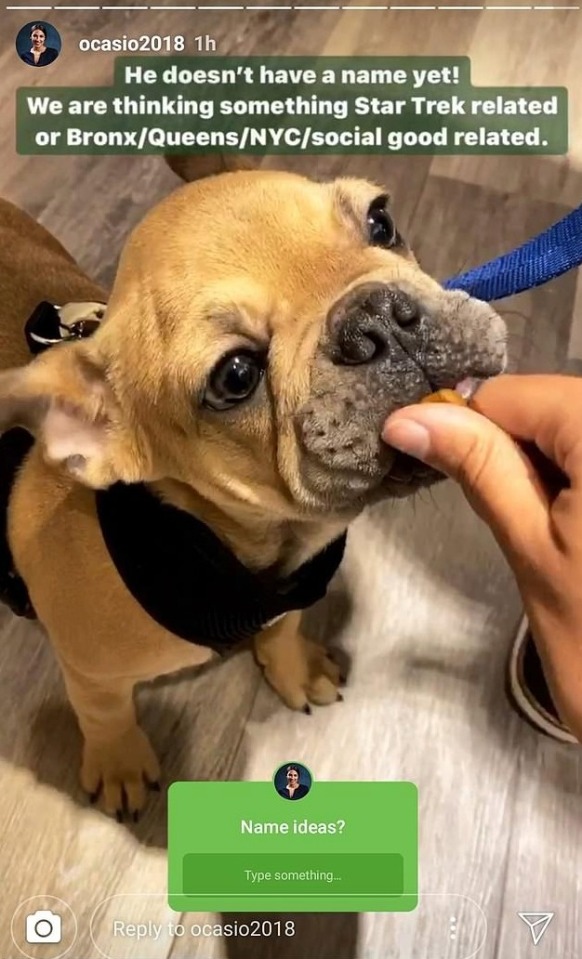 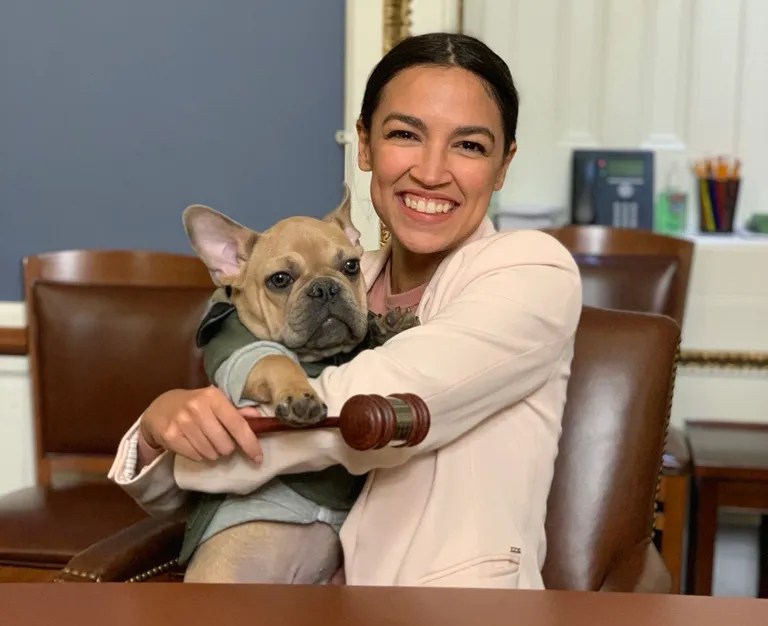