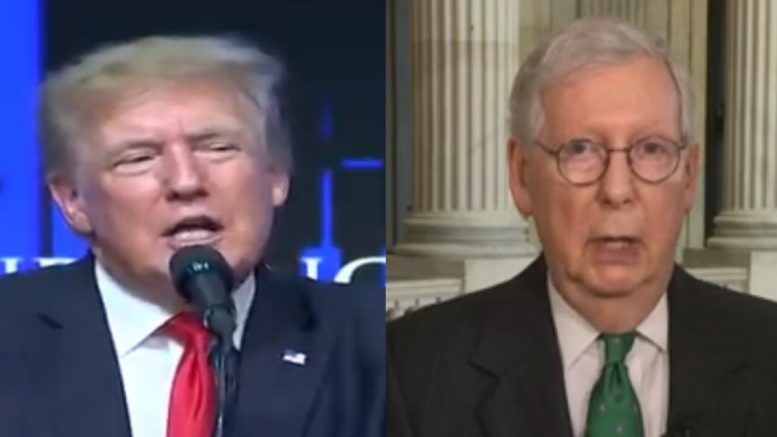 45th President Donald J. Trump issued a statement via email from his “Save America” PAC Wednesday over the “so-called bipartisan bill on ‘infrastructure’, warning Republicans “lots of primaries will be coming your way” if they make a deal with the “Radical Left Democrats”.

The U.S. Senate will vote on Wednesday on whether to move forward on a $1.2 trillion infrastructure deal after negotiators reportedly reached agreement on the major components of the package.

The Senate is scheduled to hold a procedural vote to advance a vehicle for the bill on Wednesday evening, which will later be replaced by the amendments proposed by GOP Sen. Rob Portman of Ohio and Sen. Kyrsten Sinema, a Democrat from Arizona, Business Insider reported.

Senate Minority Leader Mitch McConnell (R-KY) said on Twitter Wednesday he “will vote to proceed to the bipartisan infrastructure bill.”

In a statement on Wednesday ahead of the vote, former President Donald Trump wrote: “Hard to believe our Senate Republicans are dealing with the Radical Left Democrats in making a so-called bipartisan bill on ‘infrastructure,’ with our negotiators headed up by SUPER RINO Mitt Romney.”

“This will be a victory for the Biden Administration and Democrats, and will be heavily used in the 2022 election,” Trump said. Continued Below

“It is a loser for the USA, a terrible deal, and makes the Republicans look weak, foolish, and dumb. It shouldn’t be done. It sets an easy glidepath for Dems to then get beyond what anyone thought was possible in future legislation. It will be a continued destruction of our Country,” the former Commander in Chief predicted.

“Our Borders are horrible, crime is at an all time high, taxes and inflation are going way up, the economy is going way down, and now this,” he pointed out.

“Don’t do it Republicans—Patriots will never forget!  If this deal happens, lots of primaries will be coming your way!” the 45th President warned. Continued Below 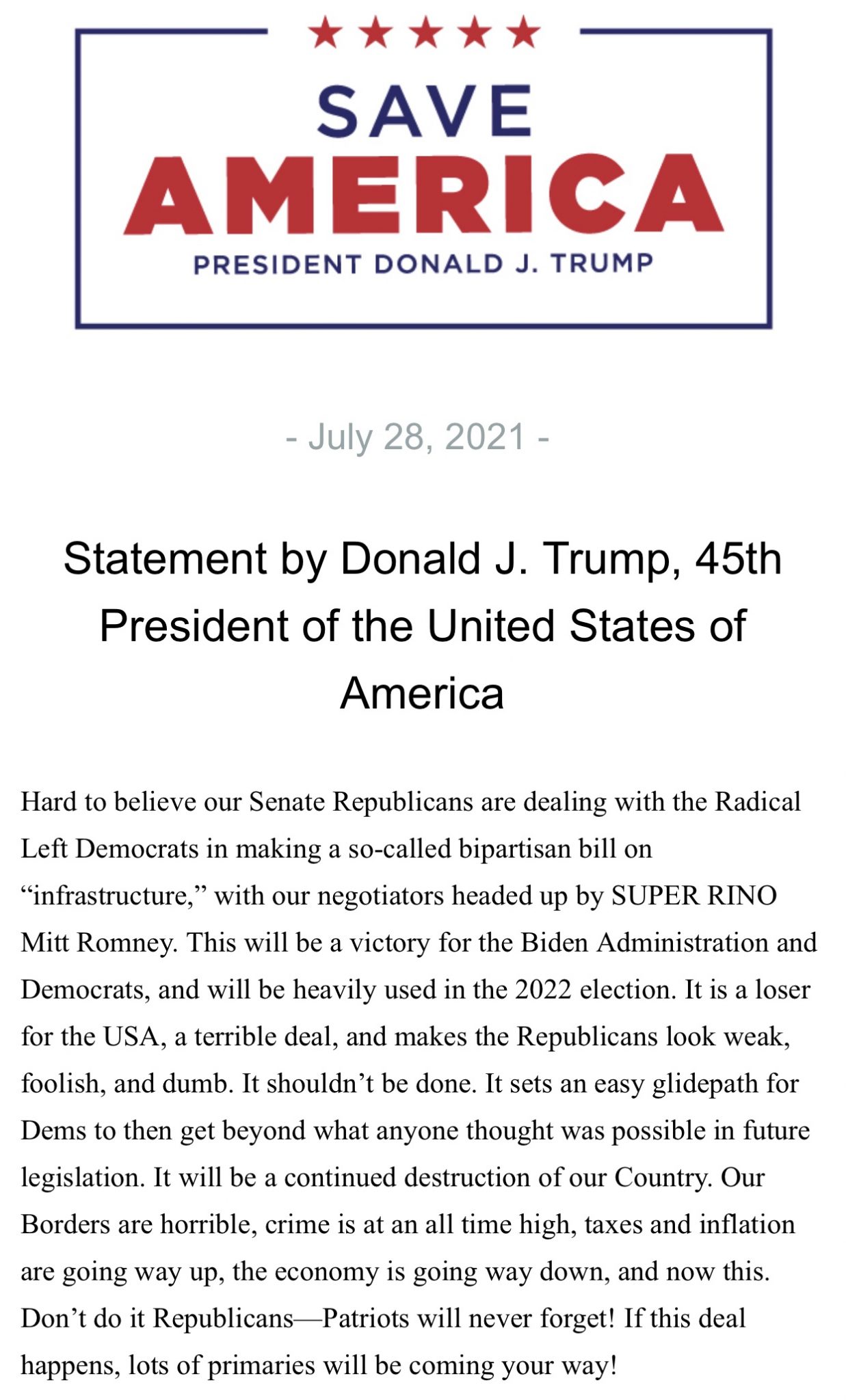