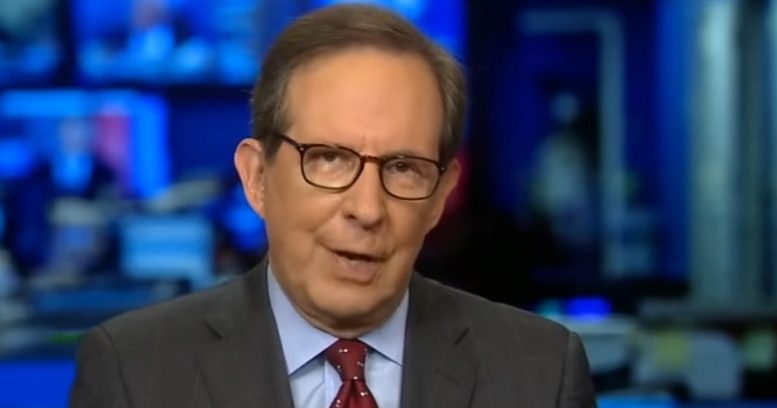 Chris Wallace appears to be quickly finding out that the grass isn’t any greener on the other side after ending his 18-year career with Fox News back in December to join forces with CNN in a deal worked out by the now-ousted president CEO Jeff Zucker.

“Chris Wallace is ‘irate’ at the ousting of CNN president Jeff Zucker and his future at the news network is uncertain,” Radar reportedly was told from an unnamed source.

News of Wallace’s current feelings on his new venture comes in wake of a purported consensual relationship the former CNN president had with fellow employee Allison Gollust, which ultimately led to Zucker’s resignation after nine years with the network.

“In wake of the decision from WarnerMedia suits to oust Jeff Zucker, Wallace is said to be ‘second guessing his decision’ even though he is believed to be earning $8 to $10 million per year,” Radar reported.

“Chris is the type of person who makes it known if he doesn’t like something,” the source allegedly told Radar. “He went over there for [Jeff] Zucker and now Zucker is gone…. Wallace feels that he has been stiffed. He’s got no staff, no Executive Producer and the guy he gave up a prized gig for has just walked out the door.”

Zucker is said to have allayed Wallace’s concerns about two heavyweight figures at CNN: Jake Tapper, the host of The Lead, and Sam Feist, the cable giant’s Washington bureau chief and senior vice president.

“Zucker spun his magic to allay Chris’ concern about the pair, promising that his status as a ‘premiere journalist’ would not be compromised while working out of the D.C. bureau.”