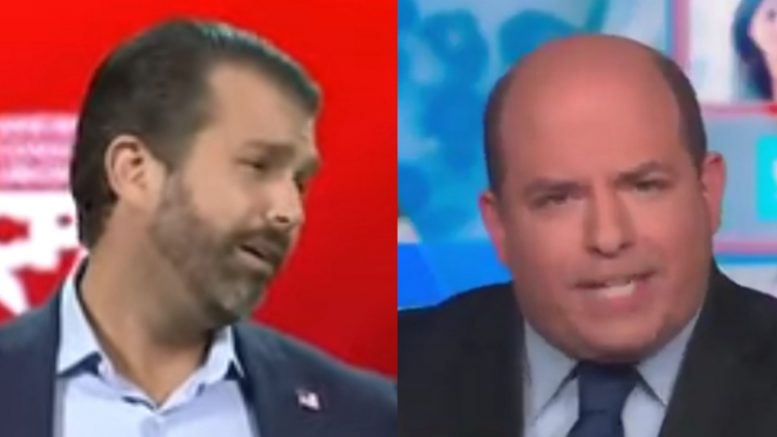 CNN’s Brian Stelter broke his silence on Sunday in regards to Donald Trump Jr. comparing him to a “gender-neutral Mr. Potato Head” on Friday.

Trump Jr. made the comparison while discussing issues related to cancel culture during his CPAC speech.

“There is nothing the radical left won’t cancel. Hasbro now wants a gender-neutral Mr. Potato Head. These are the issues of our times folks,” Trump Jr. told the CPAC audience.

“If Hasbro really wanted a gender-neutral Mr. Potato Head so badly, they should just slap a picture of CNN’s Brian Stelter on the cover of their next potato,” he added. “They don’t call him Mr. Potato Head for nothing. We might as well get something out of the branding.”

In response, Brian Stelter told his audience on Sunday that he thought about some “really clever ways to reply” but refrained from doing so because he felt like “it was just another distraction.”

“[Don Jr.] wanted me to respond,” Stelter said. “This was just more B.S. fuel for the culture war, and it does not matter.”

“The best thing we can do for each other in this world of tweet storms is to refuse to be confused by that noise — is to refuse to be distracted. There is too much real news going on. There’s no time for potato heads,” Stelter declared. Video Below