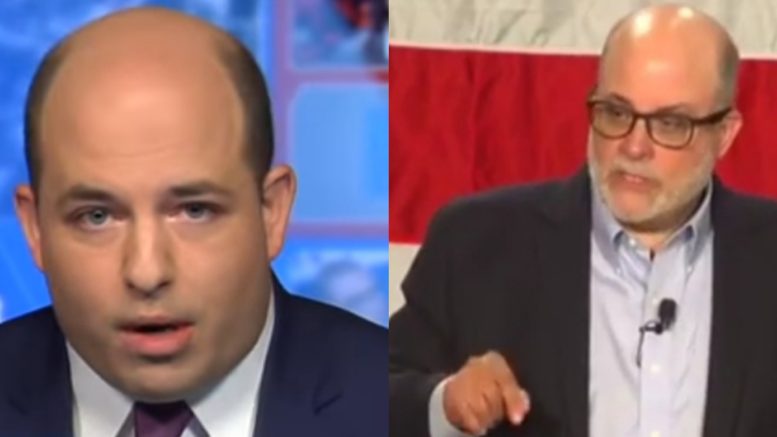 On Sunday, CNN’s Brian Stelter put his sole focus on President Trump and FOX News that ultimately sparked a reaction out of Mark Levin.

In his opening titled “Trump And Fox: A Twisted Relationship,” Stelter analyzed the President’s mixed reactions towards FOX as displayed in tweets and while appearing on Brian Kilmeade’s program in the latter part of August.

Stelter said, “Think about this. One day, he’s promoting Jeanine Pirro‘s book, the next day he’s saying that Fox is so bad that we, again, the word ‘we’ have to start looking for a new news outlet.”

“And then what did he do the next day? He called into Brian Kilmeade’s Fox News radio show. This is Trump whiplash,” Stelter said as he ridiculed Trump for praising Kilmeade.

“Trump wants sycophants on the air, not reporters. And certainly not DNC spokespeople. Trump lashes out when he sees reporters on Fox,” Stelter declared. “Trump wants absolute loyalty. Maybe he thinks he needs it to win reelection.” See Below

Fox Host Mark Levin had a few choice words for Stelter upon seeing Mediaite’s article on the CNN host’s remarks. See Below

“If you were doing a serious media show you’d condemn your own pathetic network,” he declared.

Oh shut up, Helter Stelter. You’re such a clown. If you were doing a serious media show you’d condemn your own pathetic network. https://t.co/mivZ43ML5z