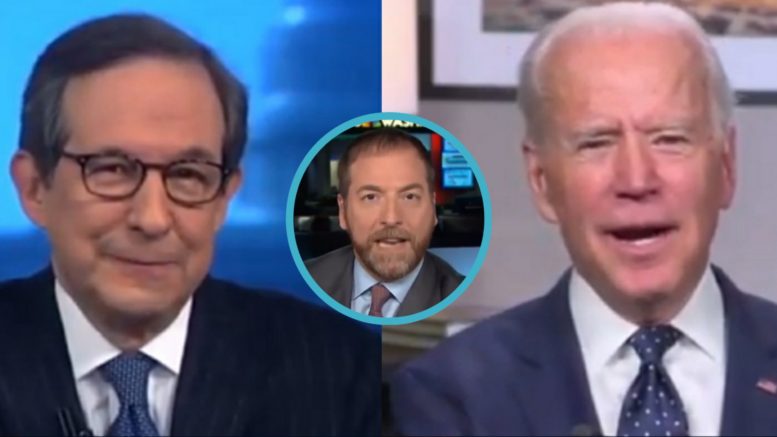 The mix-up happened at the end of Biden’s interview with Wallace, which was his first time appearing on the show in thirteen years.

Biden referred to the Fox host as “Chuck,” before being corrected that it was really Chris who he was talking to.

The former VP then blamed the gaffe on the fact that he interviewed with Mr. Todd on MSNBC right before appearing on Wallace’s program.

“Thank you, thanks for your time,” Wallace said to Biden. “Please come back in less than thirteen years, sir.”

“Alright Chuck, thank you very much,” Biden replied. Video Below

Realizing the error he made, Biden said, “Chris…I just did Chris. No, no…I just did Chuck. I tell you what, man, these are back to back. Anyway, I don’t know how you do it early in the morning too.” Video Below