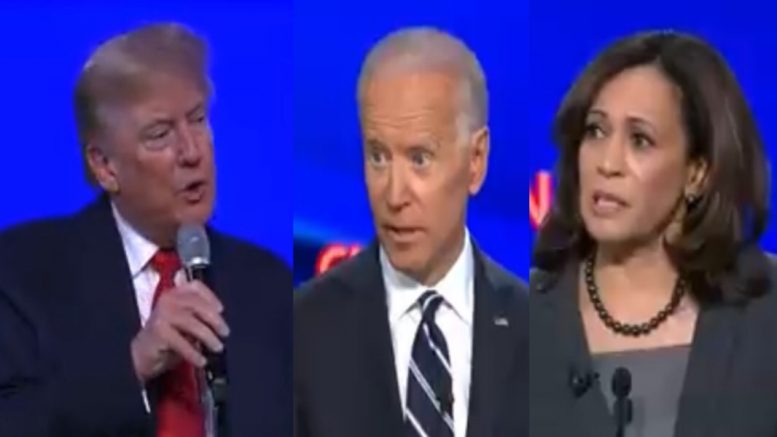 45th President Donald J. Trump issued a statement via email from his “Save America” PAC on Wednesday over the vast amount of COVID-19 cases occurring under the Biden administration.

More than 484,000 new coronavirus cases were reported in the U.S. on Wednesday, by far the biggest one-day increase on record as the Omicron variant fuels unprecedented surges around the world. Health departments across the U.S. reported 484,377 new cases on Wednesday, an increase of 99% from last week, according to data from the BNO News/NewsNodes tracker. This marks the biggest one-day increase for any country in the world, BNO News reported.

The seven-day average of COVID-19 cases topped 280,000 this week, according to data from Johns Hopkins University’s tracker. It’s a record number of new cases in the country; the last time the number of cases hit a peak close to that was January, NPR reported.

45th President Donald J. Trump issued a statement, highlighting how Democrats campaigned on getting “rid of the China Virus” and noted the failed policies under the Biden administration’s first year — and according to Trump — is “the REAL BIG LIE!”

“More cases of COVID-19, sometimes referred to as the China Virus, are recorded in the U.S. today than ever before—not even close, and the Fake News Media refuses to print the real numbers. Do you remember when the Democrats campaign was based on the fact that they would quickly and easily get rid of the China Virus?” Trump asked.

“Their whole campaign was a lie from Religion, to the Border, to the Military, to the Economy, to Inflation, to the loss of Energy Independence and, of course, most embarrassing of all, to the inept, grossly incompetent withdrawal from Afghanistan. All of those things, together with the Rigged 2020 Presidential Election, are the REAL BIG LIE!” he said. Continued Below

On Tuesday, Trump released a lengthy report titled: YEAR IN REVIEW: JOE BIDEN’S COVID DISASTERS. “One year in, Joe Biden is a failed president who has surrendered to the Virus and broken his number one promise to the American people: to end the pandemic once-and-for-all,” Trump wrote, before listing in great detail of the specific “failures.”

“In one year, Biden has caused a border crisis, an energy crisis, an inflation crisis, a labor crisis, a supply chain crisis, and a violent crime crisis—all while pushing the most radical left-wing agenda in history,” Trump said. Continued Below

Meanwhile, 79-year-old Joe Biden, during a Monday call with governors admitted he agrees with two GOP state executives that there is no “federal solution” to reduce COVID-19, even though administration is pushing federal mandates to the pandemic, as previously reported by The Freedom Times.

“There is no federal solution. This gets solved at the state level,” Biden confessed.

On the campaign trail last year, Biden vowed that if elected president, he would get COVID-19 under control. Since assuming office in January, the number of cases have increased.

Not only failed, he literally gave up after pretending he had a plan to defeat COVID just to get votes. pic.twitter.com/UkzHGRcp0T

(Related: Trump Calls Out ‘Fake News’ For Not ‘Reporting The Real Facts’ Over Biden Vowing To ‘End’ C0VID)