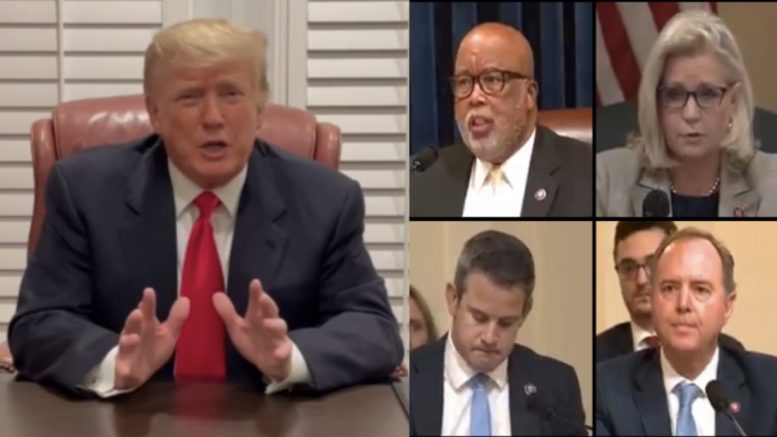 The partisan January 6th House Select Committee has reportedly dropped its request for some records from President Donald Trump’s administration, however, the committee is attempting to obtain other records that the 45th President says are protected by executive privilege.

The White House counsel from the Biden administration has informed the committee that some of the records they’ve tried to obtain contain secret national security matters, or were completely irrelevant to the January 6 Capitol protest.

The White House said some of the records the House asked for potentially could concern state secrets or executive privilege because they were part of high-level national security deliberations, according to a letter from the White House counsel’s office released Tuesday. The House said it would “defer” its requests for those records.

Another set of the documents that the House dropped pursuing may not have been all that helpful anyway because while they were created on dates the committee asked for, they did not pertain to the panel’s investigation, the White House letter said. As a result, the committee won’t be getting hundreds of pages of National Security Council records at this time.

45th President Donald J. Trump responded to the news in an email statement on Thursday, mocking the committee and the New York Times for refusing to “put it on the front page”, adding, “the Witch Hunt continues!” Continued Below

“The Unselect Committee of Radical Left Democrats, and two failed Republicans, has just dropped a large portion of their request for my records and documents—a very big story even though the New York Times refused to put it on the front page,” Trump highlighted.

“The reason that they dropped the records request is that they don’t want this horror show to happen to Biden and Hunter in three years. This also changes the entire complexion of their request, not that there are any documents that would be incriminating or a problem for me—but the Witch Hunt continues!” the 45th President said.

Rep. Liz Cheney (R-WY), who is one of the so-called Republicans on the committee Trump referred to, alleged on Twitter Thursday, that the committee had not dropped any requests for “necessary” records. Continued Below

“False. The ⁦@January6thCmte hasn’t dropped requests for any necessary records. In fact, we’re actively litigating to obtain White House records Trump is trying to conceal. We will not allow him to hide the truth about January 6th, or his conduct, from the American people,” Cheney claimed.

False. The ⁦@January6thCmte⁩ hasn’t dropped requests for any necessary records. In fact, we’re actively litigating to obtain White House records Trump is trying to conceal. We will not allow him to hide the truth about January 6th, or his conduct, from the American people. pic.twitter.com/q2YBqVlyXq

Judge Reinhart on Mar-a-Lago Affidavit: ‘The Government has not met its Burden of Showing That the Entire Affidavit Should Remain Sealed’