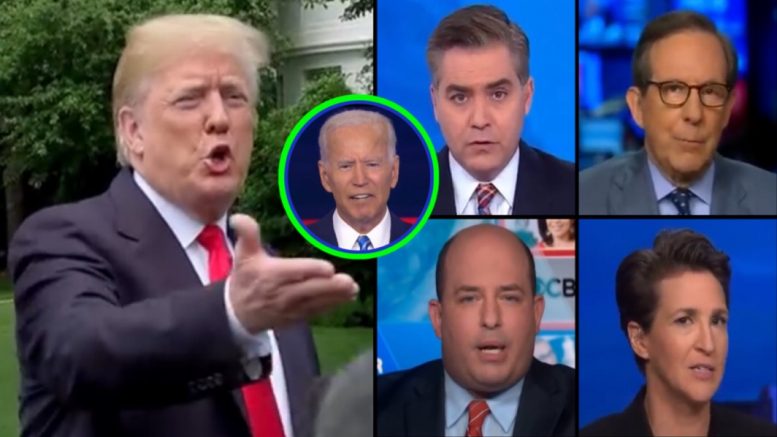 45th President Donald J. Trump issued a statement via email from his “Save America” PAC on Saturday calling out the “fake news” for not “reporting the real facts” over remarks Joe Biden made during the 2020 presidential campaign regarding the Coronavirus.

On the campaign trail last year, Biden vowed that if elected president, he would get COVID-19 under control. Since assuming office in January, the number of cases have increased. Overall, the United States has reported 49 million COVID-19 cases since the pandemic began. Deaths related to COVID-19 in the United States have now surpassed 787,000.

Joe Biden, during the final debate with 45th President Donald Trump, took a jab at the former president for the 220,000 COVID-19 deaths in America, claiming that “anyone who is responsible for that many deaths should not remain as President of the United States of America.”

Joe Biden on coronavirus: "220,000 Americans dead. If you hear nothing else I say tonight, hear this…Anyone who's responsible for that many deaths should not remain as president of the United States." #Debates2020 pic.twitter.com/MnaS9QM7Cz

In an email statement on Saturday, 45th President Donald Trump said, “I thought Joe Biden was ‘put in office’ to eradicate the Coronavirus, despite the fact that he previously had failed so badly with the H1N1 pandemic.”

“Well, I guess that didn’t work out too well because it was just announced that we’ve had more cases than ever before,” Trump pointed out.

“The only difference is, the Fake News doesn’t like reporting the real facts. They are the enemy of the people and more dishonest than they have ever been before,” he added. Continued Below

White House press secretary Jen Psaki was asked this week by Fox News White House correspondent Peter Doocy whether that is “still the standard now that more Americans have died under President Biden than President Trump.”

Doocy challenges Psaki on Biden's previous claim that "anyone who is responsible for that many deaths should not remain as President of the United States of America."

"Is that still the standard now that more Americans have died under President Biden than President Trump?" pic.twitter.com/ZzCxspdVKR

Meanwhile, Biden also alleged during the final debate last year that Trump “still has no comprehensive plan”, adding, “I will end this” and “I will make sure we have a plan”.

.@JoeBiden: "If we just wore these masks, the president's own advisors have told him, we could save 100,000 lives.

And we are in a circumstance where the president thus far, and still, has no plan. No comprehensive plan." pic.twitter.com/Pa32IUQ1gU 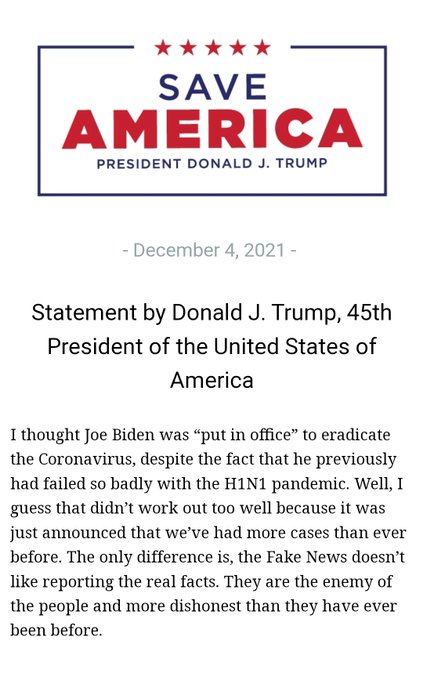 (Related: Trump Suggests Media Is Using ‘Same Coverup Methods’ For Biden’s Handling Of Covid Like The ‘Incompetent Withdrawal From Afghanistan’)