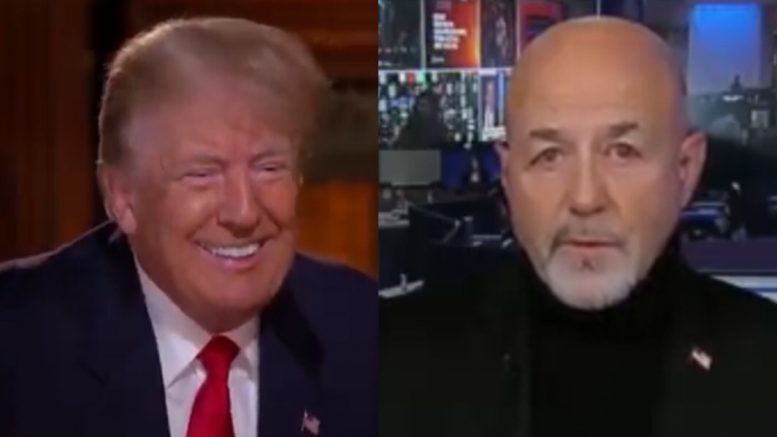 45th President Donald J. Trump issued a statement via email on Wednesday from his “Save America” PAC to say that he is waiving attorney-client privilege to allow former New York City Police Commissioner Bernard Kerik to testify before the Democrat-led congressional January 6 select committee.

The former president granted permission because the panel, in its subpoena to Kerik, had requested voter-fraud evidence that has “remained hidden from the public.”

“The Unselect Committee issued a subpoena to Bernie Kerik, an American Patriot and great former Police Commissioner of New York City, for its Jan. 6th Witch Hunt, but didn’t realize what they were demanding is a massive trove of evidence of Voter Fraud,” the 45th President said in the statement.

“According to Bernie’s lawyer, these documents show significant indicators of fraud in the 2020 Presidential Election Scam, but have remained hidden from the public. It is exactly what the Unselect Committee should be interested in—if this was a real investigation,” he declared.

“Bernie wants to comply with the subpoena with a public hearing, and asked me to waive attorney-client privilege so Bernie can testify and provide documents, which I grant him,” Trump said.

“The Unselect Committee will not like what they asked for!” he warned. Continued Below

While most election officials maintain there wasn’t election fraud on a wide enough scale to change the outcome of the 2020 election, there has been growing evidence in several states of irregularities. Georgia Gov. Brian Kemp for instance last week referred for investigation to the State Elections Board 36 irregularities of erroneous counting involving thousands of ballots in the Atlanta area.

Wisconsin’s legislative audit bureau, likewise, cited two dozen improper rulings and activities in that state’s election, while the state Supreme Court ruled tens of thousands of voters were given illegal permission to skip voter ID requirements for their absentee ballots. A sheriff in Wisconsin has also launched criminal charges for illegal voter harvesting in nursing homes. Continued Below

And in Arizona, a state Senate audit flagged 50,000-plus ballots for irregularities and further investigation while the attorney general has charged several people with unlawful ballot harvesting.

Rep. Bennie Thompson, D-Miss., the Jan. 6 committee chair, released a statement on Nov. 8 saying subpoenas had been issued to six Trump associates, including Kerik, as reported by Newsmax. 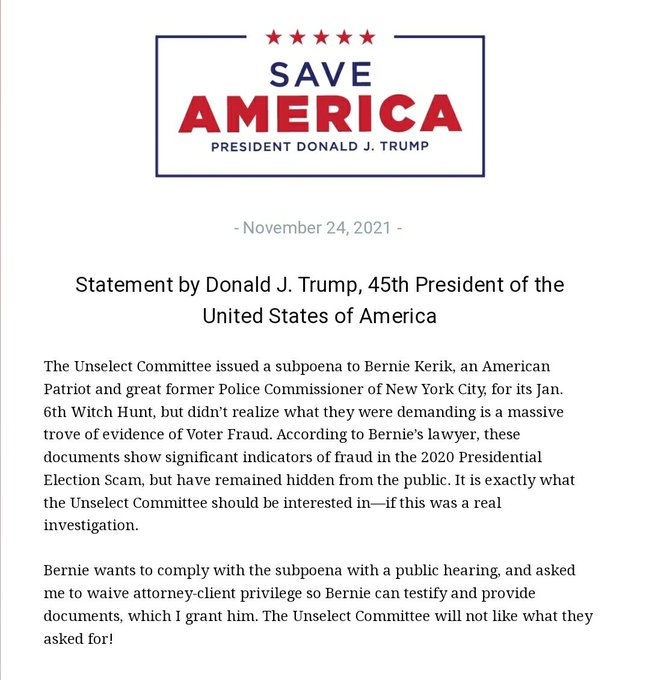