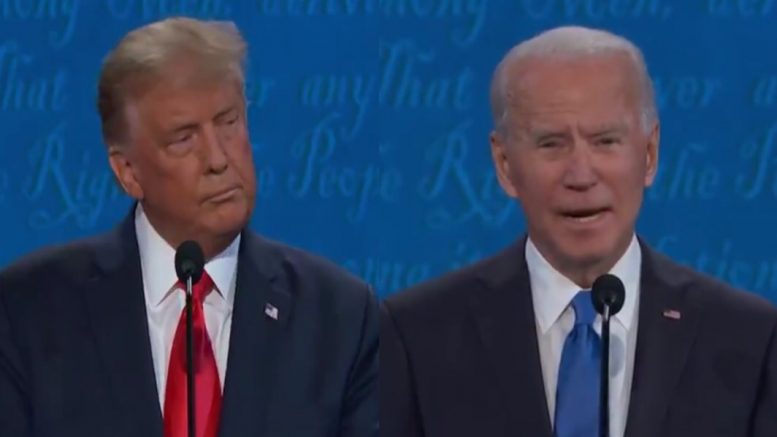 45th President Donald J. Trump issued a statement on Monday via email from his “Save America” PAC wondering why 79-year-old Joe Biden is still in office. His curiosity stems after Biden had said during a debate last year, “Anyone who is responsible for that many deaths should not remain as President of the United States of America.”

Biden vowed that if elected president, he would get COVID-19 under control. Since assuming office in January, the number of cases have increased. Overall, the United States has reported 49 million COVID-19 cases since the pandemic began. Deaths related to COVID-19 in the United States have now surpassed 787,000.

“Biden said that he was going to ‘beat the virus,’ but instead, the virus has beaten him—and badly,” 45th President Trump said in his statement.

“Far more people died this year than last, despite tremendous help from vaccines and therapeutics developed under ‘Trump’, he noted.

“He said anybody with his results should leave office. Well Joe, what are you waiting for!” Trump wondered.

Joe Biden, during the final debate with 45th President Donald Trump, took a jab at the former president for the reported 220,000 COVID-19 deaths in America at the time, claiming that “anyone who is responsible for that many deaths should not remain as President of the United States of America.”

Joe Biden on coronavirus: "220,000 Americans dead. If you hear nothing else I say tonight, hear this…Anyone who's responsible for that many deaths should not remain as president of the United States." #Debates2020 pic.twitter.com/MnaS9QM7Cz

…He said anybody with his results should leave office. Well Joe, what are you waiting for!”

(Related: Trump Reiterates He Tested Negative For C0VID Before Debate, Says ‘Biden Goes Around Coughing On People All Over The Place’)