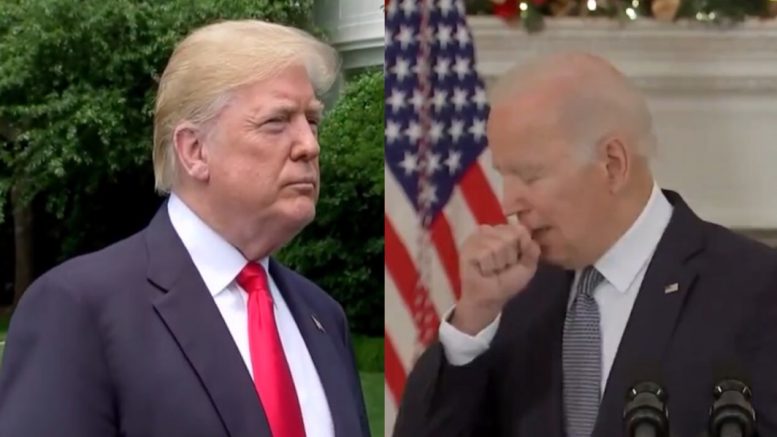 45th President Donald J. Trump issued a statement on Monday via email from his “Save America” PAC, regarding left-wing news publications — who Trump labeled “the fake news” — that are continuing to “push the false narrative” that he “had Covid prior to the first debate” last year.

The Guardian reported that Mark Meadows, the former White House chief of staff, wrote in his upcoming book, The Chief’s Chief, that Trump tested positive for COVID-19 three days before his in-person debate with Biden, but later tested negative. Meadows has dismissed the claim that the 45th President had COVID-19 while debating Biden as “fake news” after Trump said the same.

On December 1st, 45th President Donald Trump confirmed in an email statement: “The story of me having COVID prior to, or during, the first debate is Fake News. In fact, a test revealed that I did not have COVID prior to the debate.”

“If you actually read the book, the context of it, that story outlined a false positive. He literally had a test, he had two other tests after that that showed he didn’t have COVID during the debate, and yet the way that the media wants to spin it is certainly to be as negative about Donald Trump as they can possibly can, while giving Joe Biden a pass,” Meadows told Newsmax anchor Rob Schmitt.

“My Chief of Staff Mark Meadows confirmed I did not have Covid before or during the debate, saying, ‘And yet, the way that the media wants to spin it is certainly to be as negative about Donald Trump as they possibly can while giving Joe Biden a pass'”, Trump said in his statement.

“Biden goes around coughing on people all over the place, and yet the Corrupt News doesn’t even cover it. They continue to shield Biden, who has been a disaster not just on Covid, where we have more deaths this year than last, but on the Border, the Economy, Inflation, Afghanistan, Gas prices, and everything else,” the 45th President pointed out. “Probably because he’s not supposed to be in office in the first place!”

On Friday, Biden delivered remarks with a noticeable change in his voice, coughing at several points while reporters wearing masks were off to the side of the podium. Joe Biden admitted he is sick and that he got a cold from his one year-old grandson, who “likes to kiss him”, as previously reported by The Freedom Times. Continued Below 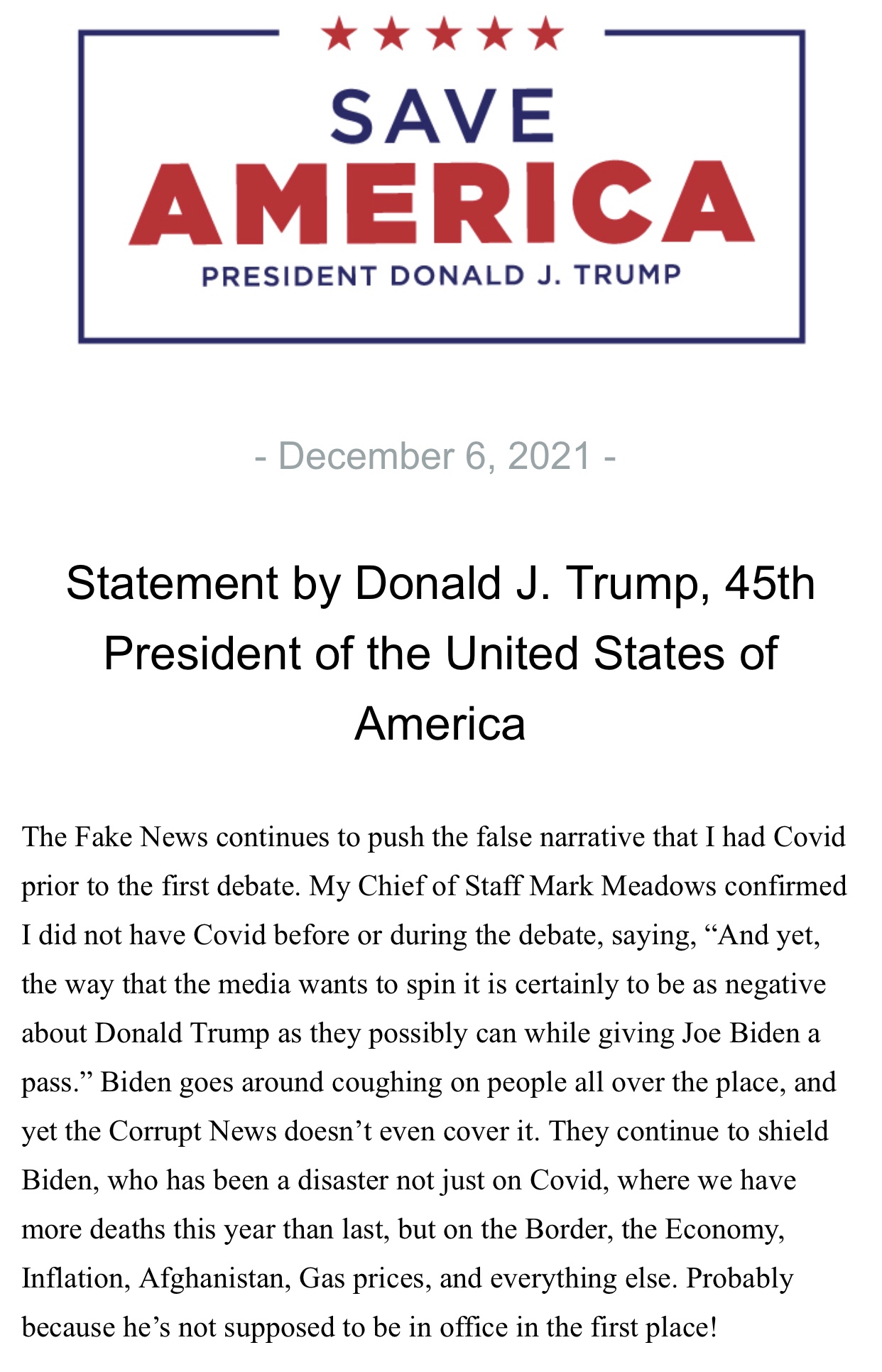 Related: Trump Calls Out ‘Fake News’ For Not ‘Reporting The Real Facts’ Over Biden Vowing To ‘End’ C0VID)