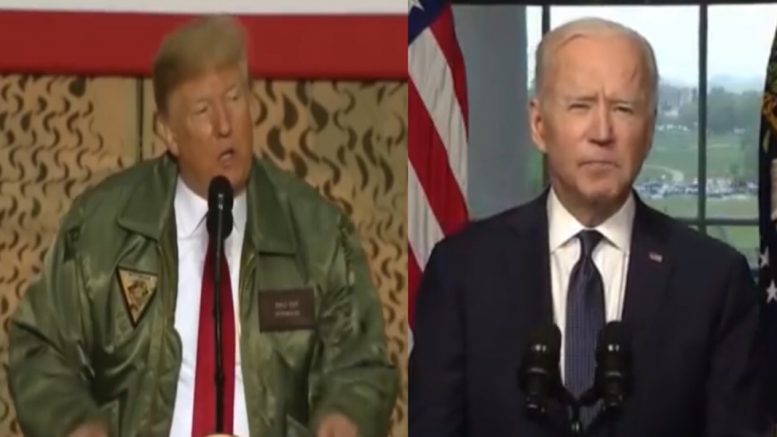 The 45th President issued a statement on Sunday via email from “The Office Of Donald Trump” following Joe Biden’s announcement over plans to withdraw the remaining 2,500 U.S. troops from Afghanistan by September 11, 2021, 20 years to the day after the Al Qaeda attacks that triggered America’s longest war.

Biden’s decision would miss a May 1 deadline for withdrawal agreed to with the Taliban by his predecessor Donald Trump. The insurgents had threatened to resume hostilities against foreign troops if that deadline was missed. But Biden would still be setting a near-term withdrawal date, potentially allaying Taliban concerns, Reuters reported.

I wish Joe Biden wouldn’t use September 11th as the date to withdraw our troops from Afghanistan, for two reasons.

First, we can and should get out earlier. Nineteen years is enough, in fact, far too much and way too long. I made early withdraw possible by already pulling much of our billions of dollars of equipment out and, more importantly, reducing our military presence to less than 2,000 troops from the 16,000 level that was there (likewise in Iraq, and zero troops in Syria except for the area where we KEPT THE OIL).

Secondly, September 11th represents a very sad event and period for our Country and should remain a day of reflection and remembrance honoring those great souls we lost.

Getting out of Afghanistan is a wonderful and positive thing to do. I planned to withdraw on May 1st, and we should keep as close to that schedule as possible. Continued Below 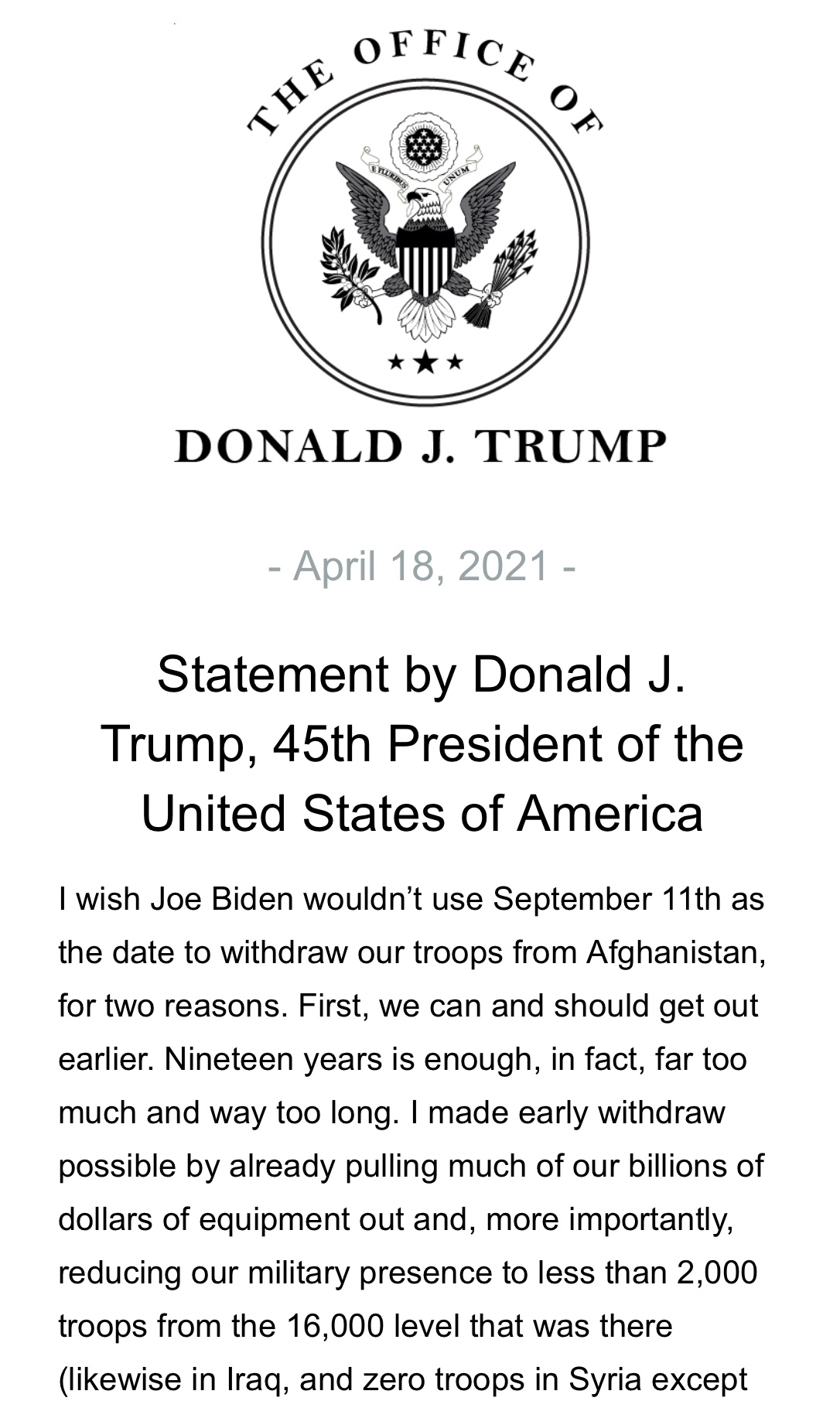 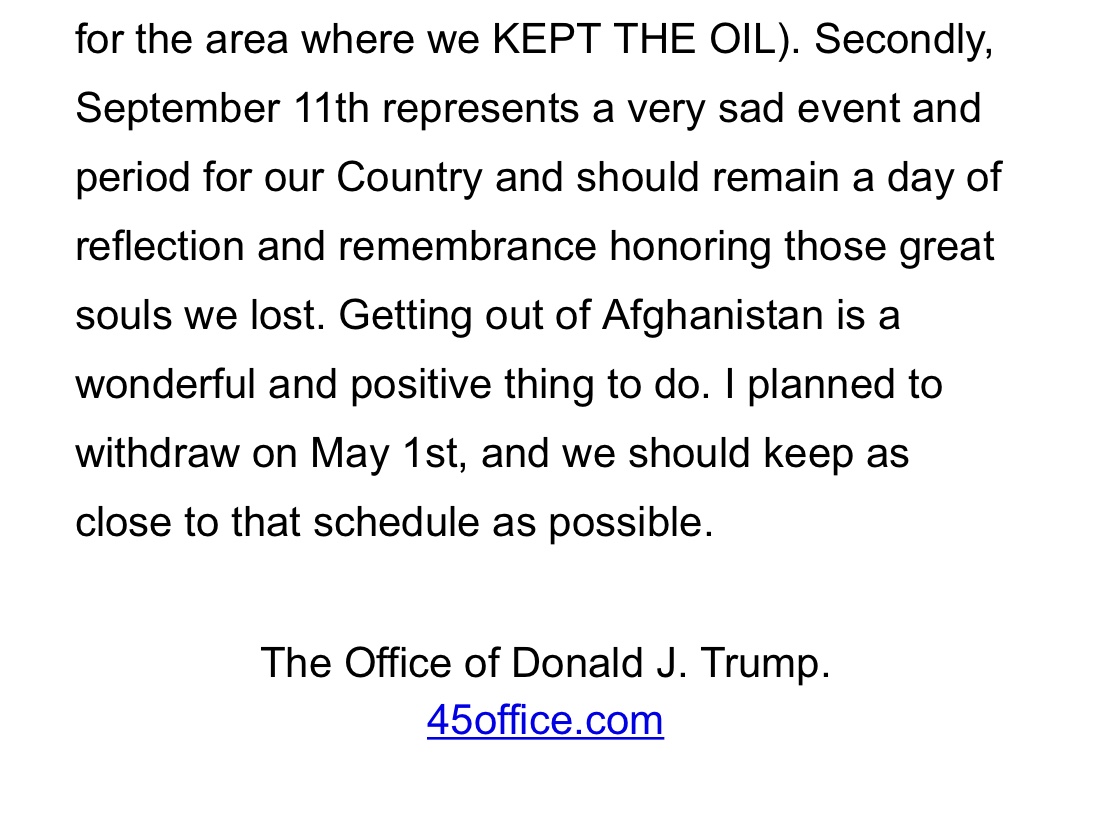 In November, former acting Defense Secretary Christopher Miller gave a detailed briefing from the Pentagon, explaining the 45th President’s orders to to pull U.S. troops from Afghanistan and Iraq: