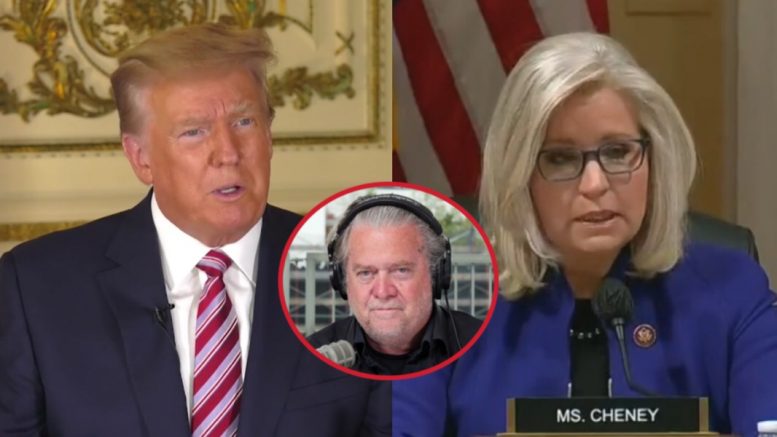 45th President Donald J. Trump issued a statement via email from his “Save America” PAC on Wednesday criticizing “smug fool” Rep. Liz Cheney (R-WY) a day after she pressed the House to back a criminal contempt vote against former Trump White House strategist Steve Bannon.

Cheney called on Republicans to back the contempt vote during an appearance at the House Rules Committee that sets the terms of debate for Thursday’s vote, The Hill reported.

“I’ve heard from a number of my colleagues in the last several days who say they, quote, ‘Just don’t want this target on their back.’ They’re just trying to keep their heads down, they don’t want to anger Kevin McCarthy, the minority leader, who has been especially active in attempting to block the investigation of events of Jan. 6, despite the fact that he clearly called for such a commission,” said Cheney, who voted to impeach President Trump after he left office.

“A week after, I asked each one of you to step back from the brink. I urge you to do what you know is right, to think of the long arc of history. We are told that it bends towards justice. But it does so only because of the actions of men and women in positions of public trust. … Will you be able to say you did everything possible to ensure Americans got the truth about those events, or did you look away? Did you make partisan excuses and accept the unacceptable?” Cheney asked.

In a email statement on Wednesday, the 45th President wrote, “Low-polling Liz Cheney (19%) is actually very bad news for the Democrats, people absolutely cannot stand her as she fights for the people that have decimated her and her father for many years.”

“She is a smug fool, and the great State of Wyoming, together with the Republican Party, fully understands her act. To look at her is to despise her. Hopefully she will continue down this unsustainable path and she will soon be gone!” he added.

Cheney also claimed “Bannon had substantial advanced knowledge of the plans for January 6”:

.@RepLizCheney: "Based on the committee's investigation, it appears that Mr. Bannon had substantial advanced knowledge of the plans for January 6th and likely had an important role in formulating those plans." pic.twitter.com/yihAlCiwOa

Meanwhile, the Jan. 6 committee voted to hold Bannon in contempt: 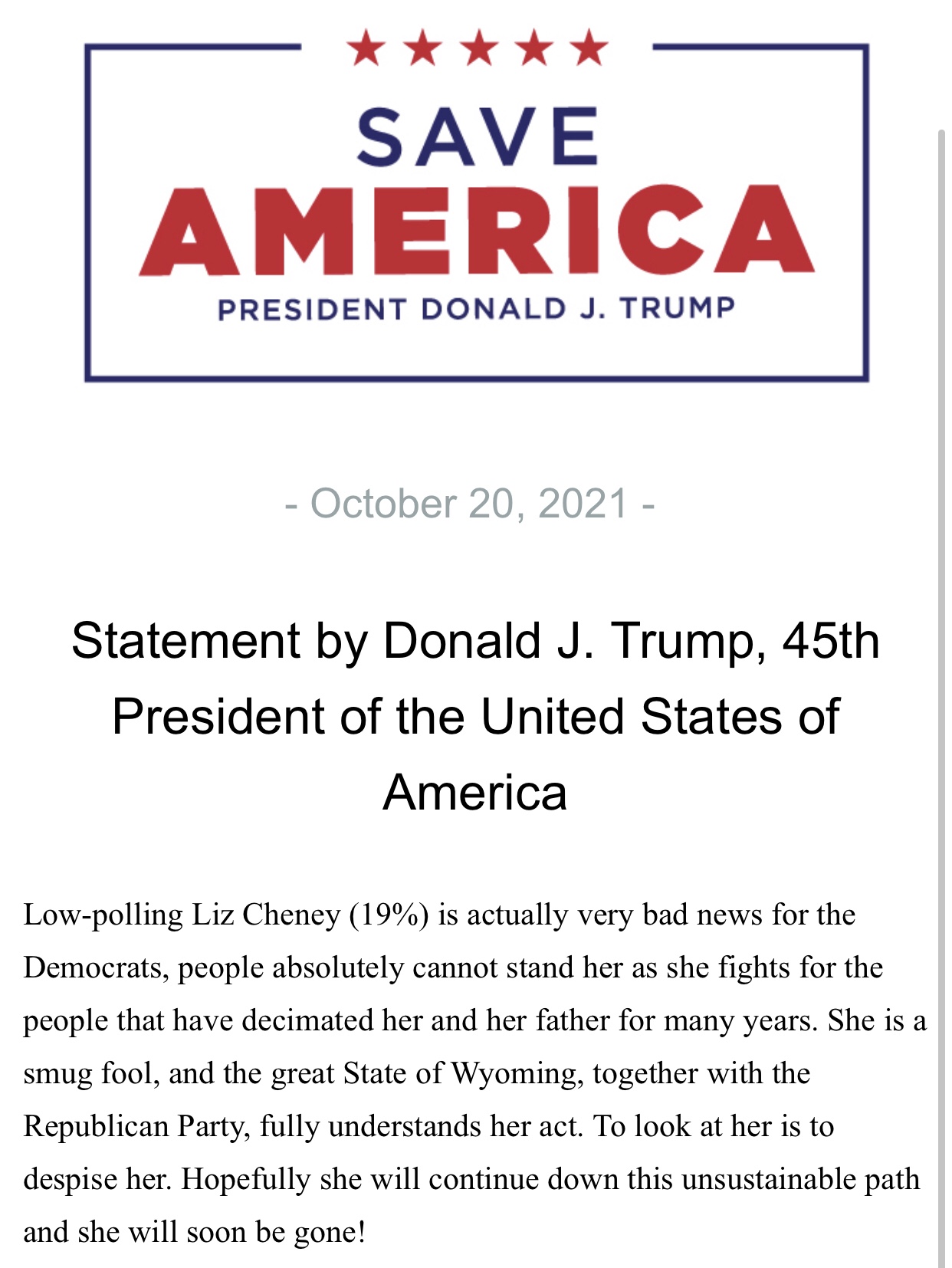