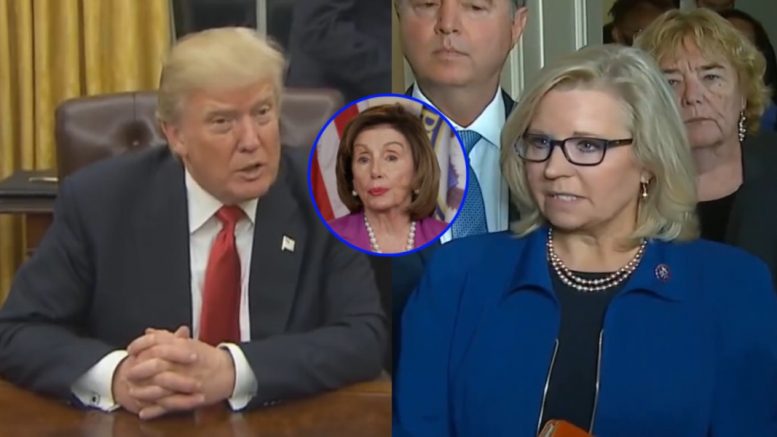 45th President Donald J. Trump issued a statement via email from his “Save America” PAC, slamming Democrat House Speaker Nancy Pelosi’s “new lapdog RINO Liz Cheney” and “RINO State Legislators” in Wyoming, who defeated a Run-Off election bill that would have seen Cheney go up against one single conservative candidate.

Trump’s email comes a week after he had announced that he will be meeting with some “opponents in Bedminster”, who are running against Rep. Liz Cheney (R-WY).

“Voters in the Great State of Wyoming want clear majority winners in elections, and the only mechanism that accomplishes majority victors is a Run-Off Election, pitting the top two candidates against each other,” the 45th Commander in Chief explained.

“Conservative Republicans in the Wyoming State Legislature like Senator Bo Biteman and Representative Chip Nieman led this effort,” he said.

“The easiest way to defeat Deplorable Liz Cheney is by having only ONE Conservative candidate run and WIN! Wyoming Patriots will no longer stand for Nancy Pelosi and her new lapdog RINO Liz Cheney!” he declared. Continued Below

Liz Cheney, in May, was recalled from her leadership role as House Republican Conference chair and replaced by Rep. Elise Stefanik (R-NY).

House Republicans approved Stefanik to their No. 3 leadership position and the 134-46 tally for Stefanik was nearly guaranteed before the vote took place, as previously reported by The Freedom Times. 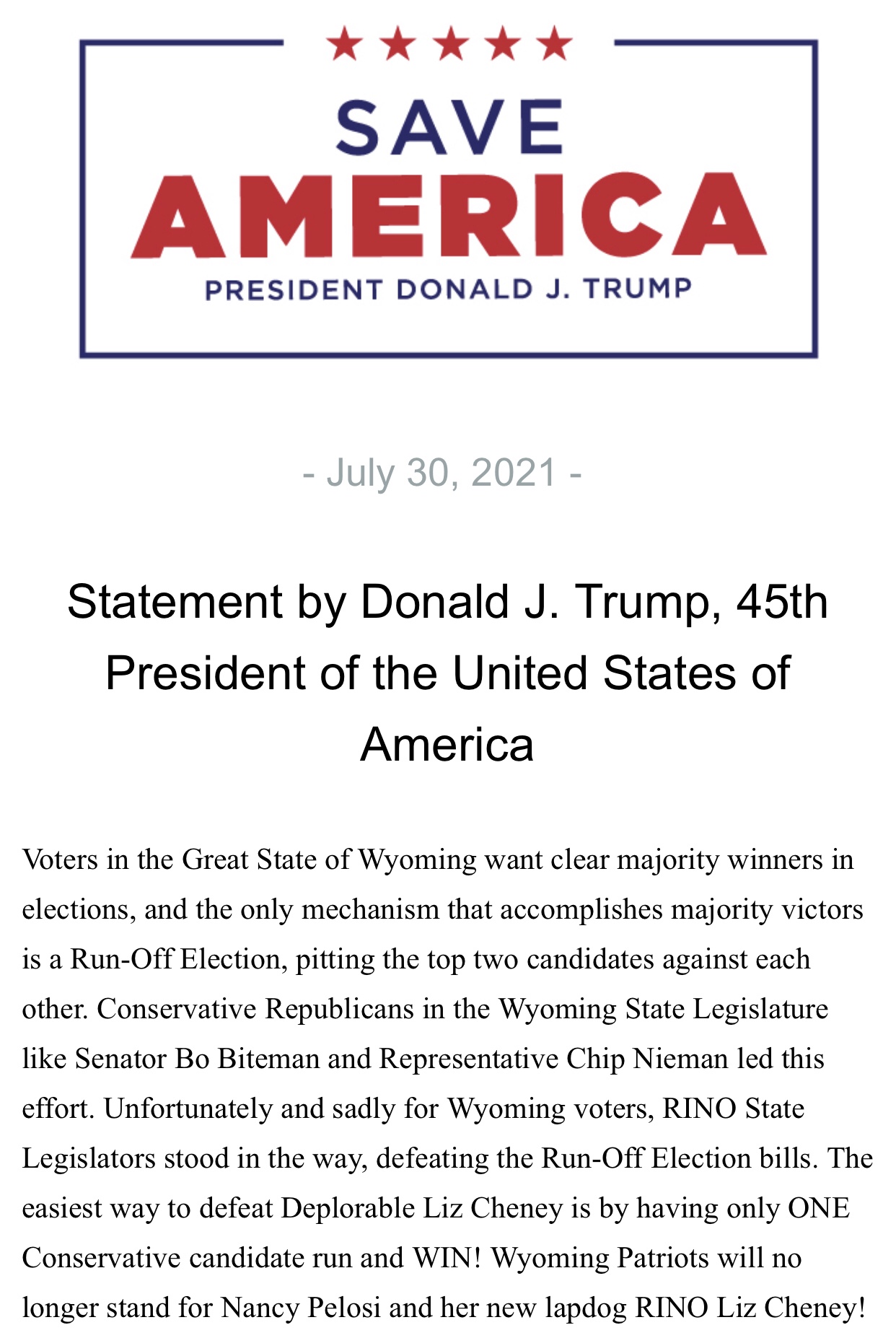 (Related: Trump Announces He’s Meeting With ‘Some’ Of Cheney’s ‘Opponents In Bedminster Next Week’: “Making My Decision On Who To Endorse In The Next Few Months”)