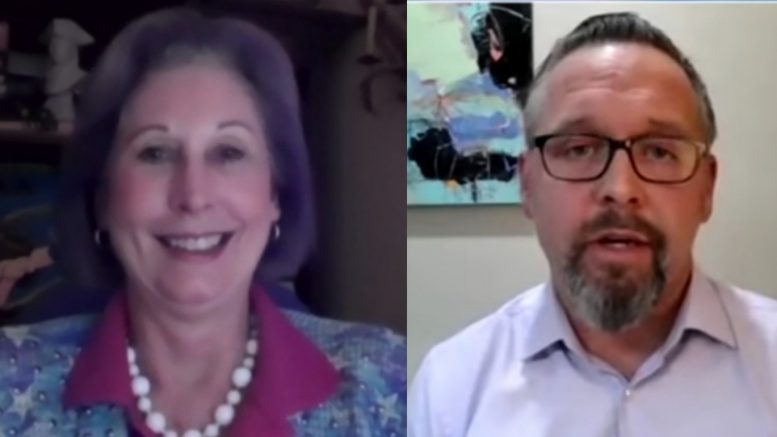 Sidney Powell revealed that her legal team is going to be able to ask Eric Coomer — the security director at the Colorado-based Dominion Voting Systems — two hours worth of questions in a deposition on September 23rd.

The deposition was granted by the Colorado court overseeing a defamation lawsuit filed by Coomer that alleges Powell and other parties falsely accused him of being a key actor in “rigging” the election for President-elect Joe Biden.

Asked by Richard Harris of Truth and Liberty Coalition if her legal team gets to ask Mr. Coomer questions in a deposition, Powell exclaimed, “Yes, we are! I can’t wait!”

Harris followed by asking, “The court is going to give you some discovery in that case?”

Sidney replied: “Yeah, actually the court in Colorado, which is the first case and that’s the one Coomer brought against us, has given us a short but two-hour deposition of him before we even get to deciding what is called an ‘anti-slap issue.’ That’s a whole other legal thing. I won’t even get into it. But basically you have a right in Colorado by statute to talk about issues of national importance without being slapped with a deposition lawsuit, which is exactly what we were doing and there’s a hearing on that later this month. But we’re going to get a first deposition of Mr. Coomer on September 23rd as it stands now.”

She continued, “And then we get discovery in the Dominion lawsuit sometime after we file our final answer on the 24th. And that is going to be where the rubber really meets the road. We are all salivating over that.” Video Below