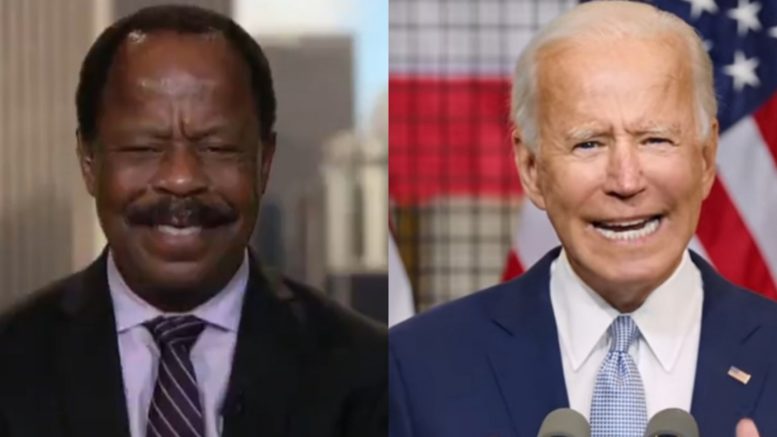 Leo Terrell sees signs that Democrats are ‘”panicking” based on actions they are taking in an apparent strategy shift. And he thinks it’s all related to the polls moving in President Trump’s favor due to his strong stance on law and order.

Terrell made the assessment while appearing on Saturday’s airing of Justice With Judge Jeanine.

“The Democrats are panicking because the polls are shifting in Donald Trump’s favor,” Terrell declared.

As an example, he mentioned how President Trump visited Kenosha, Wisconsin, and compared it to how Joe Biden responded.

“Joe Biden’s talk is cheap,” he declared. “Donald Trump will put force and power and programs behind everything he says. That’s why he’s ready, willing and able to call in the National Guard if requested. But what they’re doing right now in these Democratic cities — they don’t want Donald Trump’s assistance because it would prove that Donald Trump is absolutely correct on the issue of law and order.” Video Below

.@CLewandowski_ and @TheLeoTerrell explain what a Biden/Harris White House would look like for America. pic.twitter.com/IB3FrYhOCe