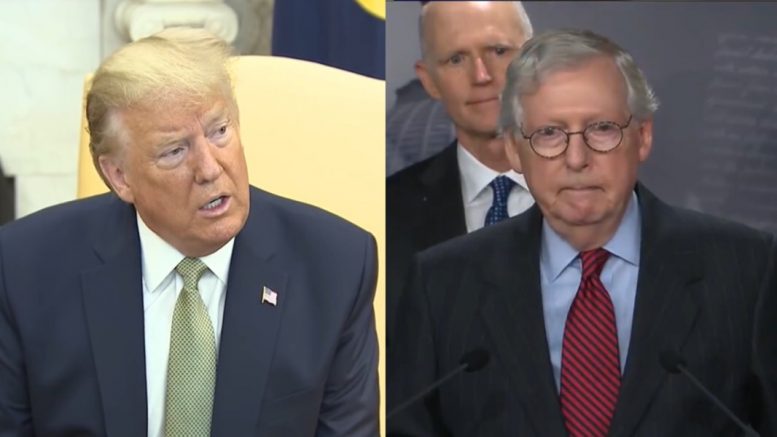 45th President Donald J. Trump issued a statement on Wednesday via email from his “Save America” PAC, urging Republicans to use the “debt ceiling” in negotiations with Democrats over a bill to raise the borrowing limit and keep the government funded.

The former president called the debt ceiling the GOP’s “only powerful tool”, insisting Republicans “would be both foolish and unpatriotic not to use it now.”

The only powerful tool that Republicans have to negotiate with is the Debt Ceiling, and they would be both foolish and unpatriotic not to use it now.

Unrelated, but likewise, their so-called “Voting Rights Bill” will be the end of our Democracy. Don’t give up or concede, Republicans, this is the ultimate representation of the People! Continued Below

The statement comes as Republicans in Congress, led by Senate Minority Leader Mitch McConnell (R-Ky.) dig in against the Democratic bill, saying Democrats should pass a debt ceiling increase in their $3.5 trillion budget reconciliation bill that can avoid a filibuster, The Hill reported.

On Monday, McConnell tweeted, “Democrats do not get to ram through radical, far-left policies on party-line votes, brag about how they are transforming the country, but then demand bipartisan cover for racking up historic debt. As I’ve said since July, they will need to address the debt limit themselves.”

The current Democratic bill, which passed Tuesday in the House, would need to net 60 votes in the Senate, meaning Republicans would have to vote for the legislation in the 50-50 Senate as well. Continued Below

The high stakes back-and-forth has increased the chances of a government shutdown and a default on the nation’s debts, both of which could trigger significant economic downturns. The debt ceiling kicked back in on Aug. 1 after a suspension included in a 2019 budget deal ran out.

The Treasury Department has been using “extraordinary measures” to allow the U.S. to pay its debts since then, but they will be unable to do so starting at some point in October, Treasury Secretary Janet Yellen warned earlier this month. Government funding also runs out at the end of September.

Democrats do not get to ram through radical, far-left policies on party-line votes, brag about how they are transforming the country, but then demand bipartisan cover for racking up historic debt.

As I've said since July, they will need to address the debt limit themselves.

Goes now to the Senate. pic.twitter.com/KjVG0LUB8q 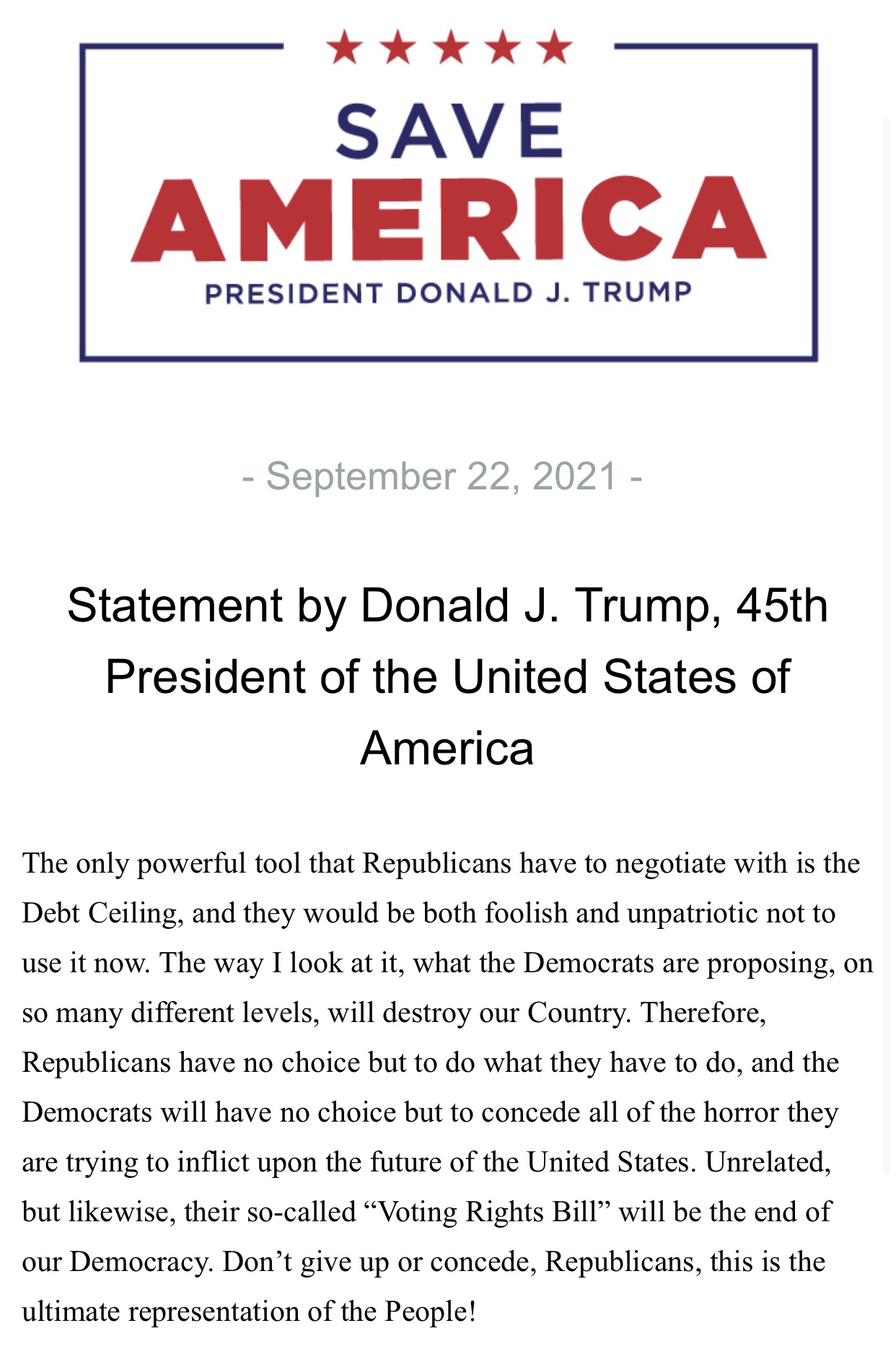 ‘Biden Knew All About This’: Trump on FBI Raiding his Mar-a-Lago Home on Monday