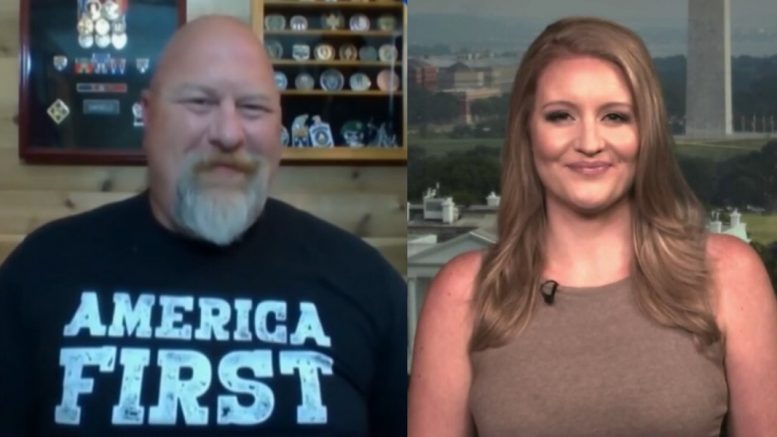 Pro-Trump Republican, Teddy Daniels, who is running in Pennsylvanian’s 8th congressional district — Scranton, which is Joe Biden’s alleged hometown –is calling for the Keystone State to conduct a canvass over the 2020 general election, along with a forensic audit.

Daniels, an Afghanistan veteran, has earned an endorsement from Jenna Ellis, former senior legal advisor and counsel to 45th President Donald J. Trump, who highlighted in a post on Twitter Wednesday that Daniels “has been fighting for election integrity” since November 2020.

Teddy Daniels tweeted on Wednesday, “This groundbreaking info coming out on the Maricopa canvass just shows why we need to finish our forensic audit in PA and also conduct a canvass. You have to do both. #AuditPA #CanvassPA”.

Mr. Daniels was referring to an independent canvass, which was conducted in Maricopa County by a grassroots citizens group, and the report was released on Tuesday, as previously reported by The Freedom Times.

“Additionally an estimated 96,389 mail-in votes were cast under the names of registered voters who were either unknown to the residents of the registration address or who were verified as having moved away prior to October 2020”, the report states. Continued Below

Teddy Daniels tweeted of the independent canvass in Maricopa County:

This groundbreaking info coming out on the Maricopa canvass just shows why we need to finish our forensic audit in PA and also conduct a canvass. You have to do both. #AuditPA #CanvassPA

Jenna Ellis announced her endorsement of Mr. Daniels on Wednesday following his call to audit and canvass Pennsylvania.

“Teddy Daniels has been fighting for election integrity and an audit of PA since Nov 2020. He is a wounded combat veteran, retired police officer, and advocate for our rights against govt tyranny. He puts America First! I am proud to endorse and stand with @DanielsCongress! #PA8”, Ellis tweeted.

The Pennsylvania congressional candidate thanked Ellis for her endorsement, noting the former Trump advisor went “state to state after November 3rd”, by “educating everyone” about the Constitution.

“Thank you @JennaEllisEsq. A great endorsement! If it wasn’t for you educating everyone from state to state after November 3rd, we would not have the audits today,” he expressed on Twitter.

“What the mayor [Rudy Giuliani] and I are focused on is still continuing to make sure that the state legislatures understand their Constitutional obligation and authority under Article 2 — that they can take back their delegates, they can de-certify these false results, and they can actually make sure that none of their constituencies are disenfranchised,” Ellis had said during an interview in December on Newsmax. Continued Below

Thank you @JennaEllisEsq. A great endorsement! If it wasn't for you educating everyone from state to state after November 3rd, we would not have the audits today. https://t.co/Vbt3fcQ22Z

This is a big endorsement! 🔥🔥🔥 @JennaEllisEsq pic.twitter.com/jxwK2mYLdt

AZ State Sen. Borrelli: ‘All Of The Evidence Is Being Turned Over’ To AG Brnovich ‘For Criminal Investigation’…’We’ve Identified Three Individuals Already’