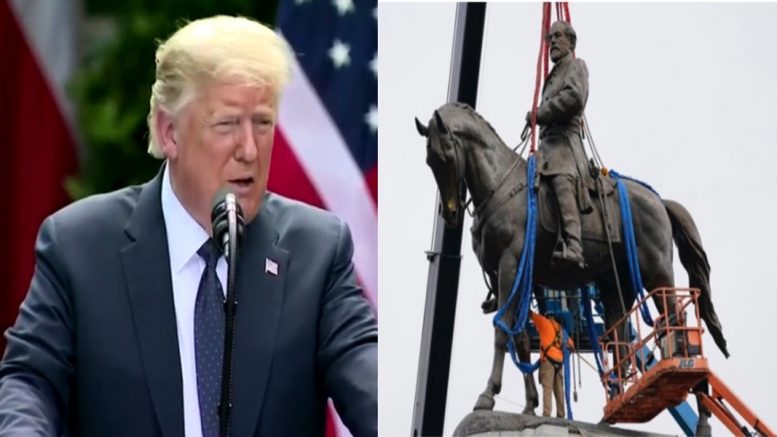 45th President Donald J. Trump issued a statement Wednesday via email from his “Save America” PAC regarding the removal of a statue of Robert E. Lee in Richmond, Virginia.

The 21-foot-tall statue on Monument Avenue in Richmond was one of the largest remaining Confederate monuments in the U.S. It took crews roughly an hour to remove the statue from its 40-foot pedestal, according to CBS affiliate WTVR. Large crowds cheered as they watched the statue come down from its prominent spot in the city that served as the capital of the Confederacy during the Civil War, CBS News reported.

Its removal was delayed by court challenges, but the Virginia Supreme Court ruled last week that the state could go ahead with plans to take it down. The 13-ton bronze statue will have to be cut into pieces to be able to fit under highway overpasses. It is set to be put in secure storage at a state facility until officials can find a permanent home for it, CBS News reported.

In a statement on Wednesday, 45th President Donald Trump said, “Just watched as a massive crane took down the magnificent and very famous statue of ‘Robert E. Lee On His Horse’ in Richmond, Virginia. It has long been recognized as a beautiful piece of bronze sculpture.”

“To add insult to injury, those who support this ‘taking’ now plan to cut it into three pieces, and throw this work of art into storage prior to its complete desecration,” he continued.

“Robert E. Lee is considered by many Generals to be the greatest strategist of them all. President Lincoln wanted him to command the North, in which case the war would have been over in one day. Robert E. Lee instead chose the other side because of his great love of Virginia, and except for Gettysburg, would have won the war,” Trump explained. Continued Below

“He should be remembered as perhaps the greatest unifying force after the war was over, ardent in his resolve to bring the North and South together through many means of reconciliation and imploring his soldiers to do their duty in becoming good citizens of this Country,” the former president said.

“Our culture is being destroyed and our history and heritage, both good and bad, are being extinguished by the Radical Left, and we can’t let that happen!” Trump declared.

“If only we had Robert E. Lee to command our troops in Afghanistan, that disaster would have ended in a complete and total victory many years ago. What an embarrassment we are suffering because we don’t have the genius of a Robert E. Lee!” he added. Continued Below 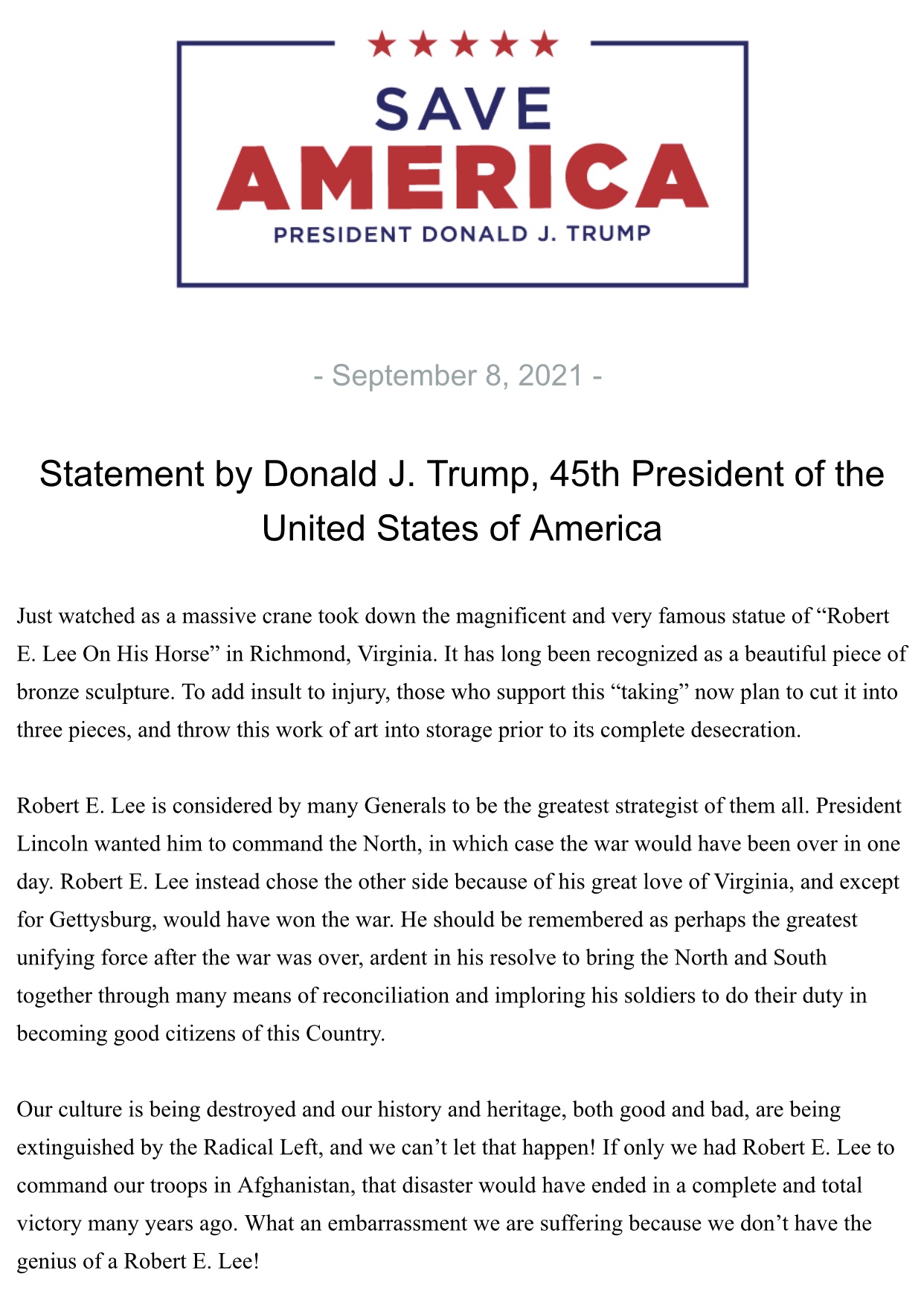 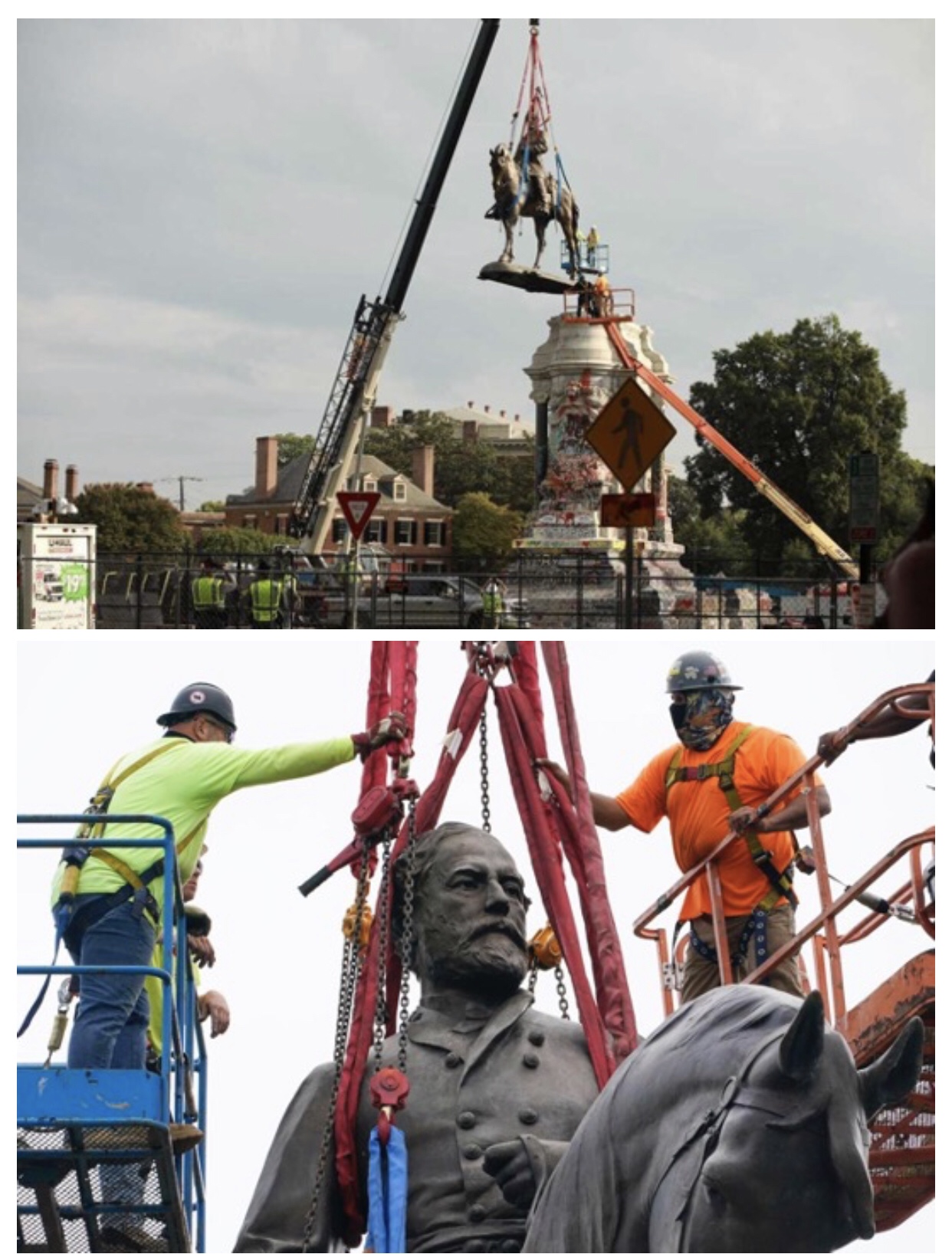 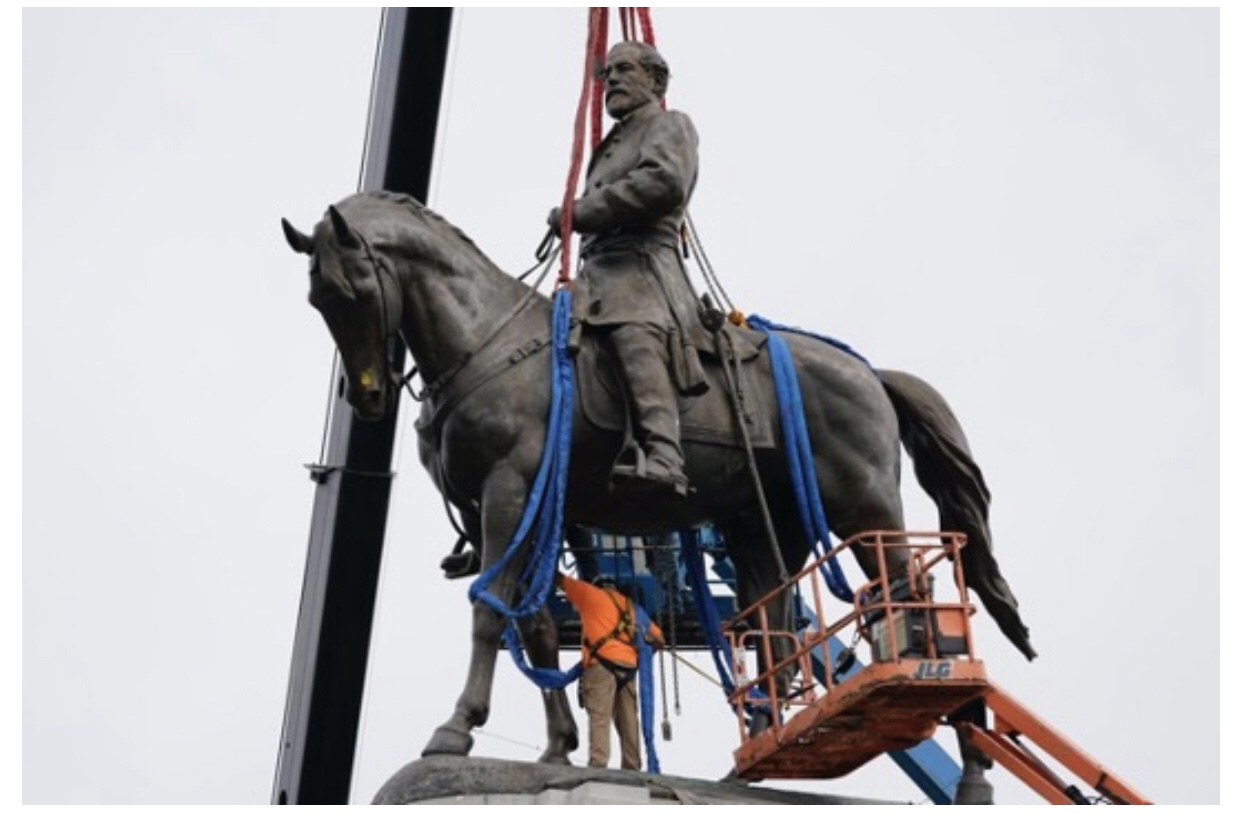 General Flynn: ‘I Do Stay In Close Contact’ With President Trump