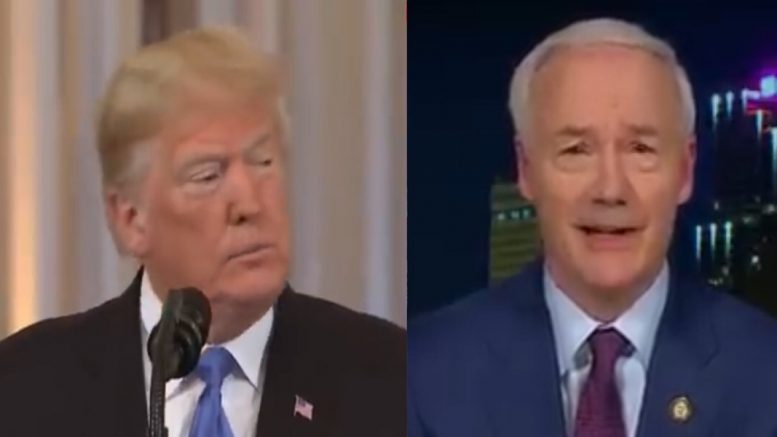 Hutchinson vetoed the bill following pleas from pediatricians, social workers and the parents of transgender youth who said the measure would harm a community already at risk for depression and suicide, USA Today reported.

The Arkansas House voted 72-25 and the Arkansas Senate voted 25-8 Tuesday to override Hutchinson’s veto, making the Natural State the first in the nation to prevent doctors from providing certain types of care to minors who identify as transgender.

The former commander-in-chief issued a statement Thursday, calling Governor Hutchinson a “lightweight RINO” and predicted that Hutchinson would be replaced by his former press secretary Sarah Huckabee Sanders, who is running for the seat.

“Asa Hutchinson, the lightweight RINO Governor of Arkansas, just vetoed a Bill that banned the CHEMICAL CASTRATION OF CHILDREN. ‘Bye-bye Asa,’ that’s the end of him!” the 45th President said.

“Fortunately for the Great State of Arkansas, Sarah Huckabee Sanders will do a fantastic job as your next Governor!” he expressed. Continued Below

“If this had been a bill that simply prohibited chemical castration, I would have signed the bill,” he told Carlson.

Carlson charged that Governor Hutchinson wasn’t familiar with studies on the topic, saying, “You were told by doctors that it’s a good idea and you went with it.” Video Below 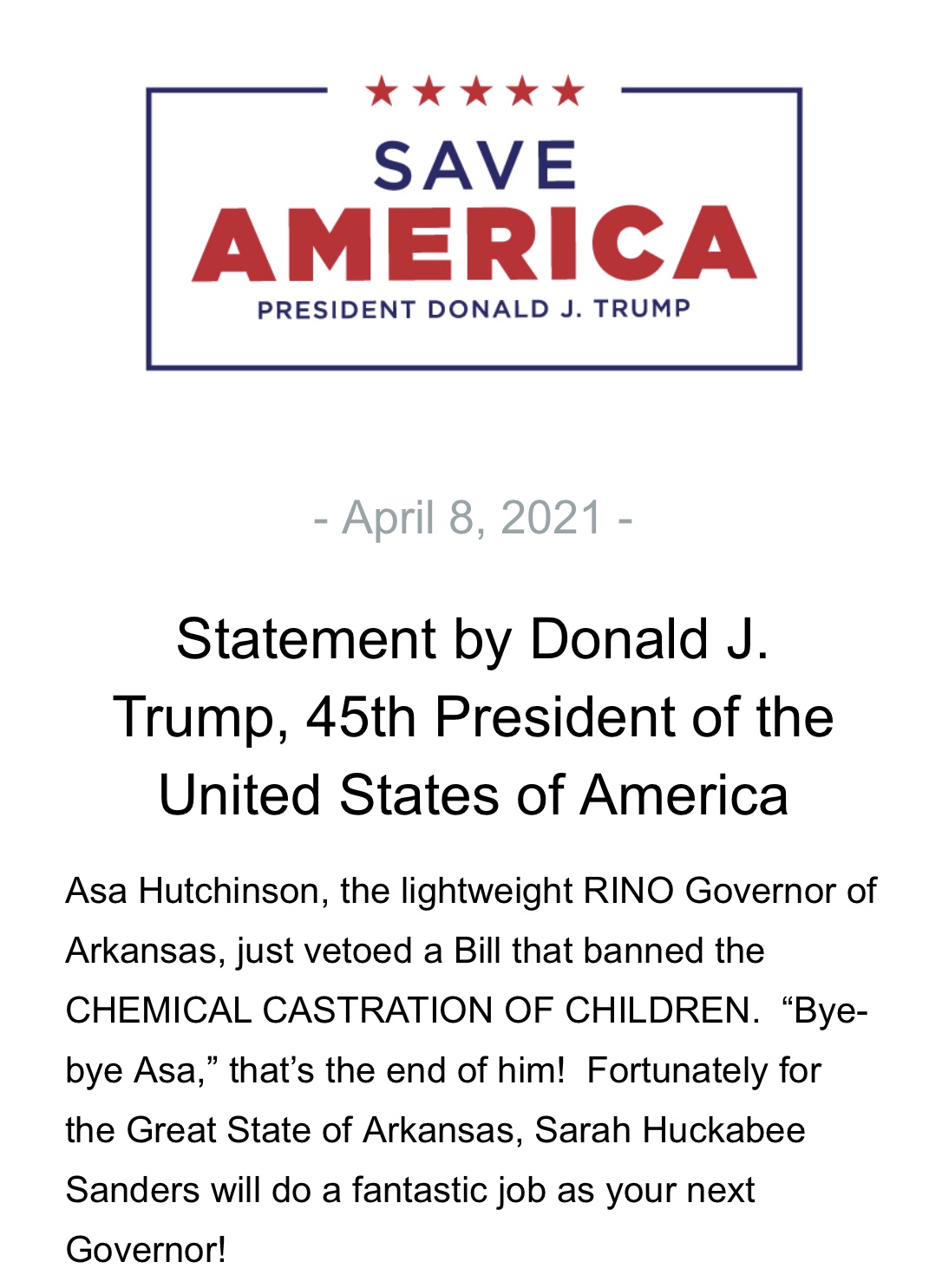