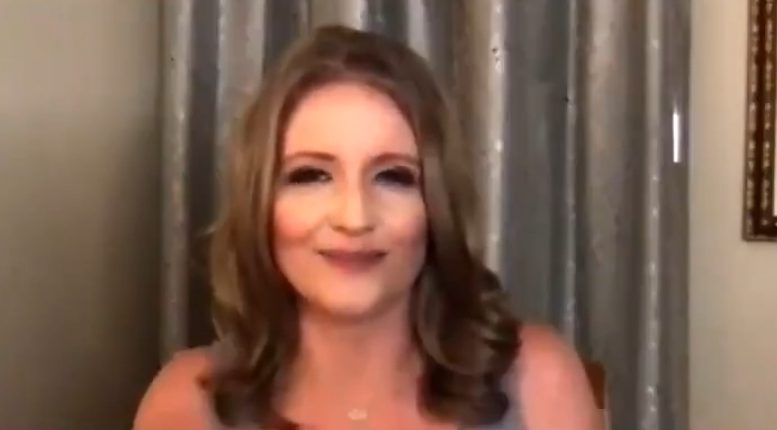 President Trump’s senior legal advisor Jenna Ellis is showing absolutely no signs that the race for the White House is over.

In fact, based on what Ellis told Newsmax on Tuesday, it appears that President Trump legal team is only just beginning their fight for “election integrity” even as mainstream sources continue to label Joe Biden as the “President-Elect.”

“When you have all of these concerns that have gone on — not with just irregularities, but with the Dominion machines — the questions surrounding that, the audit results that came out yesterday. When you have all of the laws that were completely disregarded in these six states, that that somehow doesn’t matter just because they like the supposed and current results of this election. It’s, frankly, a dereliction of duty.”

“And so, what the mayor [Rudy Giuliani] and I are focused on is still continuing to make sure that the state legislatures understand their Constitutional obligation and authority under Article 2 — that they can take back their delegates, they can de-certify these false results and they can actually make sure that none of their constituencies are disenfranchised,” Ellis proclaimed.

“And they can make sure the electoral process is not corrupted. We still have plenty of time before January 6,” she concluded. Video Below

Related Article: Sidney Powell On DNI Ratcliffe’s Pending Report: “It’s Going To Blow The Mind Of Every Citizen Of The Country”

Here are a few more key clips from Jenna Ellis’ interview with Newsmax on Tuesday:

.@JennaEllisEsq explains what lawmakers are telling her as she travels across the country. pic.twitter.com/4o6vjEQRwA

.@JennaEllisEsq says our founding fathers thought the legislators was the closest to the American people. So it’s upon the state legislators and Congress to make the right decision. pic.twitter.com/Z0BpD3f24L

.@JennaEllisEsq talks about the CEO of Dominion testifying today. pic.twitter.com/tVGvyRXtIq

In ending, here is a clip of Greg Kelly giving ‘deplorables’ his take on what’s going on:

'To my fellow deplorables…'

Greg speaks to the group of Trump supporters who won't give up, and won't give in to that 'sick, warped' little media culture. @gregkellyusa https://t.co/VlT7z8drtO pic.twitter.com/JB5r6zUHHv