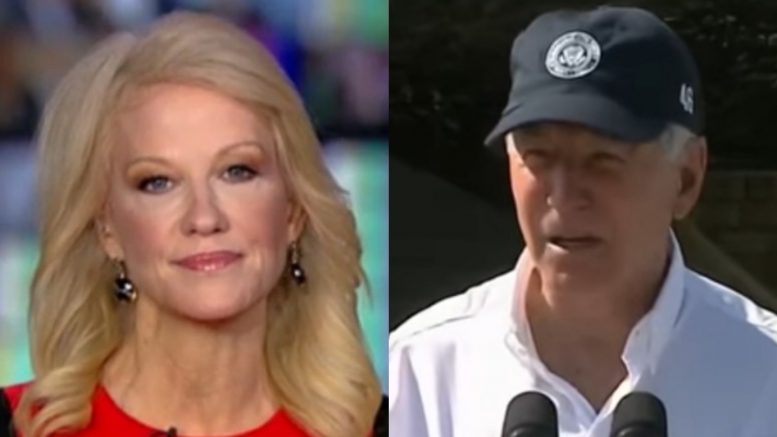 Joe Biden apparently demanded Kellyanne Conway and other former Trump Administration officials to resign from their positions on military academy boards on Wednesday or face being fired.

Conway — who served as Senior Counselor to former President Donald Trump — didn’t take matters lightly as she responded to Mr. Biden with a scathing letter, letting him know exactly how she feels about his “petty and political, if not personal” decision.

Related Article: Kellyanne On Biden Touching Accusations: ‘If Anyone Types In ‘Creepy Uncle Joe Videos’, You Come Up With A Treasure Trove’

“Your decision is disappointing but understandable given the need to distract from a news cycle that has you mired in multiple self-inflicted crises and plummeting poll numbers, including a rise in new COVID cases, a dismal jobs report, inflation, record amount of drugs coming across the southern border, and, of course, the chaotic and deadly withdrawal from Afghanistan that has left hundreds of Americans and thousands of Afghan allies stranded under Taliban rule.” 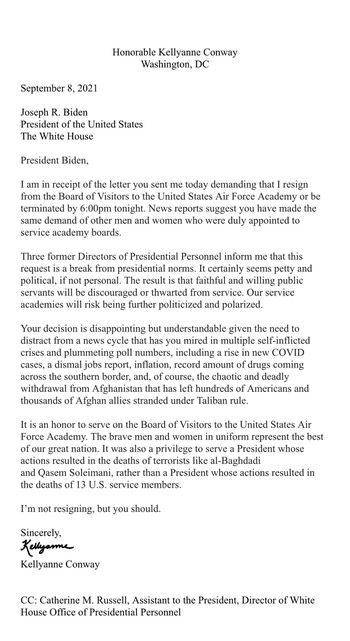