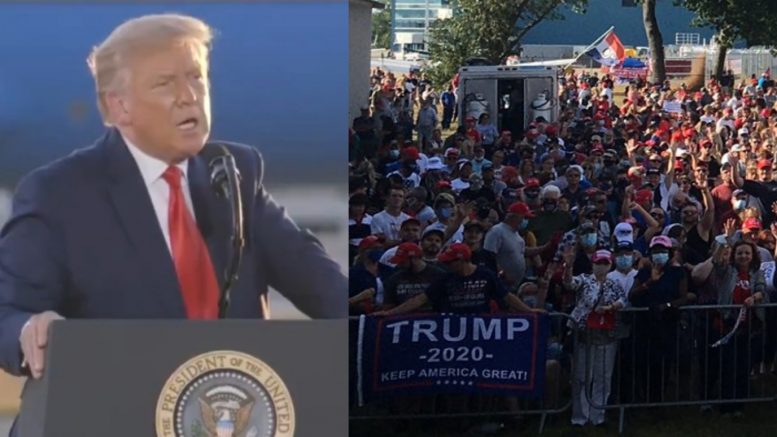 A massive overflow crowd spotted at President Trump’s latest campaign event in New Hampshire indicates enthusiasm for his re-election bid is higher than ever.

The crowd of Trump supporters was video recorded outside of Manchester-Boston Regional Airport, where Trump spoke from the hangar on the day after delivering his acceptance speech at the White House.

Kayleigh McEnany tweeted video of the sea of red and captioned it, “We are going to WIN!!”

We are going to WIN‼️

During his speech, the President blasted his opponent Joe Biden, Washington DC’s mayor and the “thugs” who harassed attendees as they left the White House following his convention speech and celebration.

We leave you with a few clips from Presisent Trump’s New Hampshire rally: