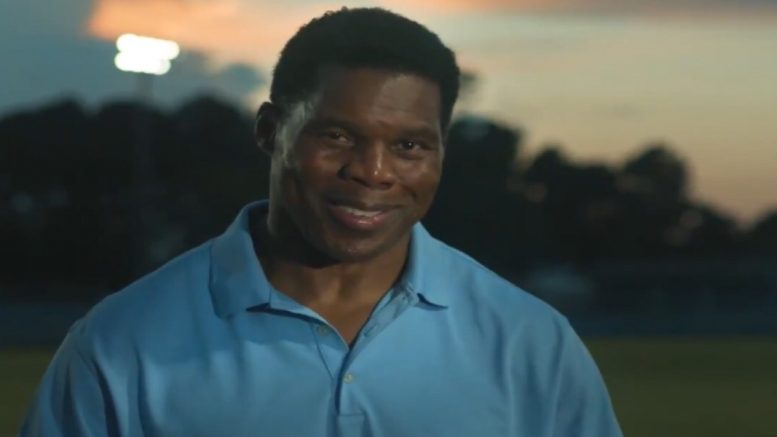 Former NFL running back Herschel Walker announced in a campaign video on Wednesday that he is “running as a Republican for the United States Senate” in Georgia.

Walker — who is a Trump Republican– is poised to face off against other candidates in Georgia’s Republican primary race that will decide who will challenge Democratic Sen. Raphael Warnock in 2022 — a contest that is critical to GOP’s effort to take back the Senate.

Herschel Walker’s announcement comes in wake of him registering to vote in the Peach State and just weeks after the football legend hinted at running for public office in a cryptic selfie video posted to Twitter, as previously reported by The Freedom Times.

“I’ve been a lot of places, but in Wrightsville, I learned important lessons. If you want it bad enough, you work for it, you can get it,” Walker said in his video. “You might stumble, make mistakes, but you only fail if you give up.”

“The politicians put American against American, rich versus poor, blight versus white, urban versus rural. I don’t believe in that garbage. It’s a lie,” he said.

“I’m a conservative, not because someone told me to be, I’m a conservative because I believe in smaller government, a strong military, personal responsibility, and making sure all people have the opportunity to peruse their dreams. That’s an America worth fighting for,” Walker expressed. Video Below

“My name is Herschel Walker and I’m running for the United States Senate. I’m a kid from a small town in Georgia who’s lived the American dream. And I’m ready to fight to keep that dream alive for you too,” the former NFL running back added.

I am just a kid from Wrightsville, Georgia, who has lived the American Dream. Now, I’m running as a Republican for the United States Senate to keep that dream alive for everybody. To join the fight, visit https://t.co/J4UbhIPvuU pic.twitter.com/e1ZX5PHdVY

“Our country is at a crossroads, and I can’t sit on the sidelines anymore,” Walker wrote in a statement published by Fox News.

He continued: “America is the greatest country in the world, but too many politicians in Washington are afraid to say that. In the United States Senate, I will stand up for conservative values and get our country moving in the right direction. It is time to have leaders in Washington who will fight to protect the American Dream for everybody.”

(Related: Herschel Walker Posts A Cryptic Video Message: “What You Hear There Is Hope- I’m Getting Ready)