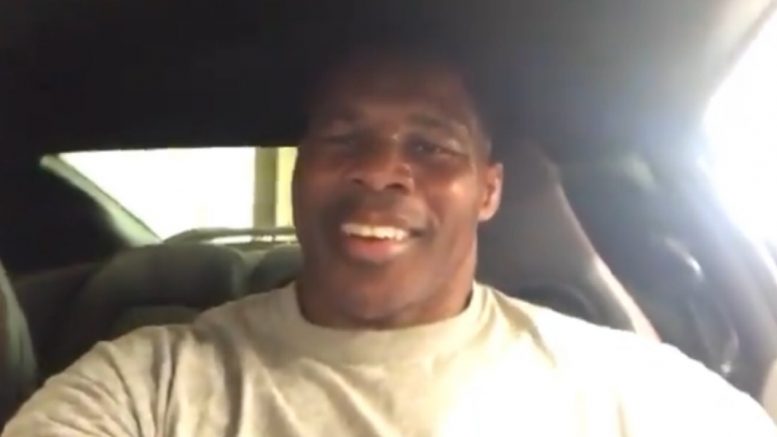 Conservative NFL legend Herschel Walker posted a cryptic video message on Twitter Thursday, which showed himself revving up an engine on what appeared to be a Nissan GT-R.

“Hey, what you hear there is hope,” Walker said to the sound of the roaring engine. “That’s what I call it.”

Mr. Walker stepped out of the sports car, shut the door, and walked to the back of the GT-R as the vehicle remained running.

“He’s ready. I’m getting ready,” Herschel Walker expressed. “And we can run with the big dogs”.

Walker also included a caption with the video, writing, “Georgia on my mind”.

In March, the 45th President, Donald J. Trump, urged  Herschel Walker to run for Georgia’s Senate seat in 2022. In an email to his supporters, Trump stumped for the former Dallas Cowboys running back, who also was a Heisman trophy winner when playing in college as a Georgia Bulldog, as reported by US4Trump. Video Below

Georgia on my mind pic.twitter.com/JdKJ193Nkn

“Wouldn’t it be fantastic if the legendary Herschel Walker ran for the United States Senate in Georgia?” Trump asked. “He would be unstoppable, just like he was when he played for the Georgia Bulldogs, and in the NFL. He is also a GREAT person.” (Related: Maxine Waters Says She Will ‘Never Forgive’ Black Trump Voters, Herschel Walker Reacts: “Why Is Nobody Checking Her Out?”)