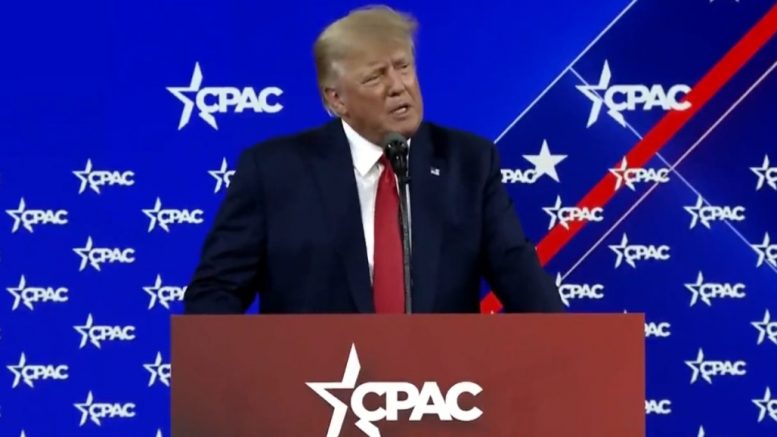 During a speech Saturday evening at CPAC, 45th President Donald Trump made it abundantly clear that he will be running for re-election in 2024, without formally announcing it yet.

“They’re going to find out the hard way starting on November 8, and then again, even more so on 2024, they will find out like never before,” he declared, before the audience roared with cheers and applause.

“We did it twice and we’ll do it again. We’re going to be doing it again, a third time,” the 45th President said, referring to reported election fraud that has since been uncovered after the 2020 election.

“2022 will be the year that millions of everyday citizens stand up to the left wing fascists, and they’ll continue, and we will all continue together to make America great again,” he said.

Trump: "They're going to find out the hard way starting on November 8, and then again even moreso on 2024, they will find out like never before." pic.twitter.com/GXW8C3jJbs

In previous remarks during his speech at CPAC, Trump also referred to his wife and former First Lady Melania Trump, as “our great future first lady”.

Related: ‘It’s a lot of Bulls**t, That’s What it is’: Trump Slams Claims That Dems Are The Ones Defending ‘Democracy’