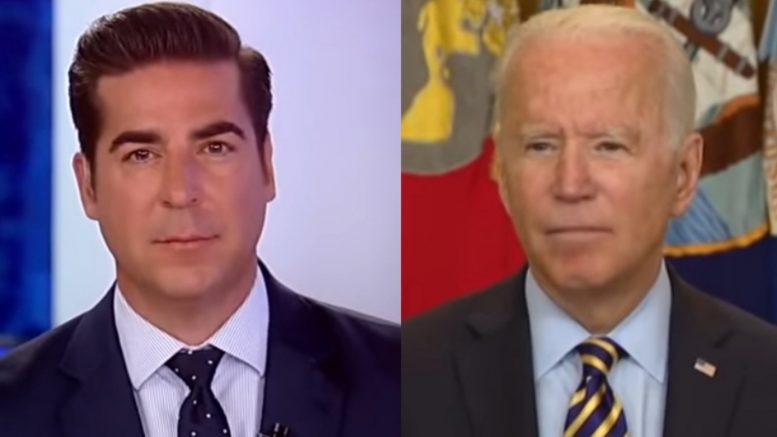 Fox News host Jesse Watters slammed Joe Biden over the “hostage crisis” that is now at stake in Afghanistan as thousands of Americans are trying to escape the wrath of the Taliban.

The terror organization swiftly overtook control of Afghanistan that came immediately after Biden ordered a speedy withdrawal of U.S. troops in the Central Asian country.

“You can only hide incompetence for so long.  Biden’s done a good job of it,” Watters declared at the beginning of his Saturday night commentary titled “The Hostage Crisis.”

“[Biden] hid when he was in the Senate. He hid as VP. He hid during the campaign because of COVID, but when he became president, he wasn’t able to hide anymore and look what happened,” Jesse said.

“First, he killed vaccine confidence with the J&J pause… then he killed the border, and now Afghanistan,” added Watters. Video Below

Bongino On Why Democrats Get So ‘Angry’ When Asked Tough Questions: “They Are Never Confronted On Their Stupidity Ever”