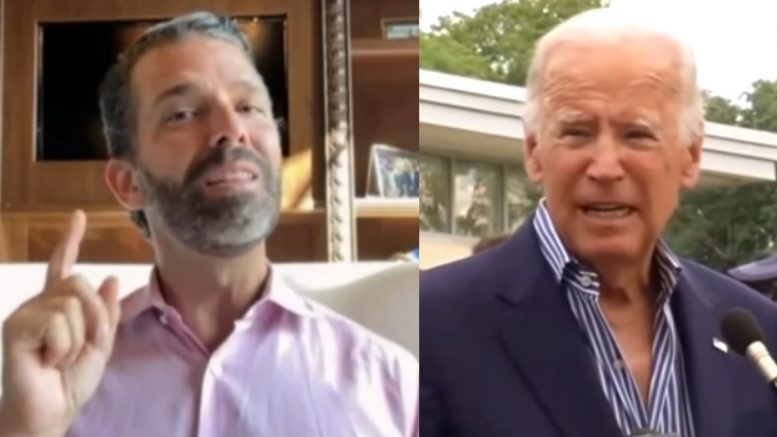 Donald Trump Jr. claims that Americans are finally united, and he owes it to none other than Joe Biden for making it possible.

“Joe Biden has finally united America… Against him!” Trump Jr. tweeted on Saturday in wake of the crisis in Afghanistan where thousands of Americans are still trying to escape Taliban rule.

Biden has faced intense scrutiny from both sides of the aisle as a result of chaos that has unfolded since following through with his administration’s strategy on withdrawing troops from the Central Asian country. A recent poll shows 70% of Americans disapprove of how Biden has handled Afghanistan.