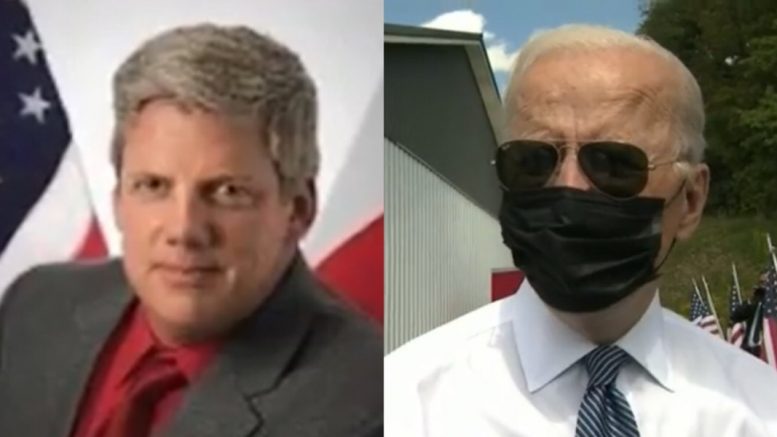 Colorado State Rep. Ron Hanks (R) on Saturday, September 11 wrote an open letter to Joe Biden, informing the 78-year-old career politician he is “unfit for office”, and noting that “many believe” he is “fraudulently elected”.

“I will go further, and declare my belief you are a fraudulently installed agent under the influence of a foreign power,” Rep. Hanks declared in his letter.

“Whether or not you fully comprehend your situation, Americans clearly recognize those pulling your strings oppose American greatness, leadership, and sovereignty. We know you aren’t in charge — you’ve repeatedly told us so. Handers tell you whom to recognize at press conferences. They tell you when to take no questions and walk away — no matter the size of the disaster you’ve caused,” the Colorado state representative wrote.

“As Americans come to realize your incompetence, a growing majority also recognizes you were not fairly elected. Evidence of fraud in multiple states supports their conclusions, and more evidence is revealed every day. Facts are overwhelming the lies. You once stated your team had developed the most extensive voter fraud networking in history. We believe you, and we clearly observed you needed every bit of it on November 3rd, 2020,” Rep. Hanks said, referring to remarks Biden had made in October 2020, during an interview on Crooked Media’s “Pod Save America”.

“As you may recall, it required five states to stop counting votes in the middle of the night and alter the tallies so you could claim ‘victory’. Seven months into this decrepit regime, and that is the only ‘victory’ you claim'”, Rep. Hanks wrote. Continued Below

“On this somber September 11, I urge you to acknowledge the inevitable reckoning that is coming as America reawakens. Resign, and enjoy the largesse this nation has allowed you,” Mr. Hanks concluded. 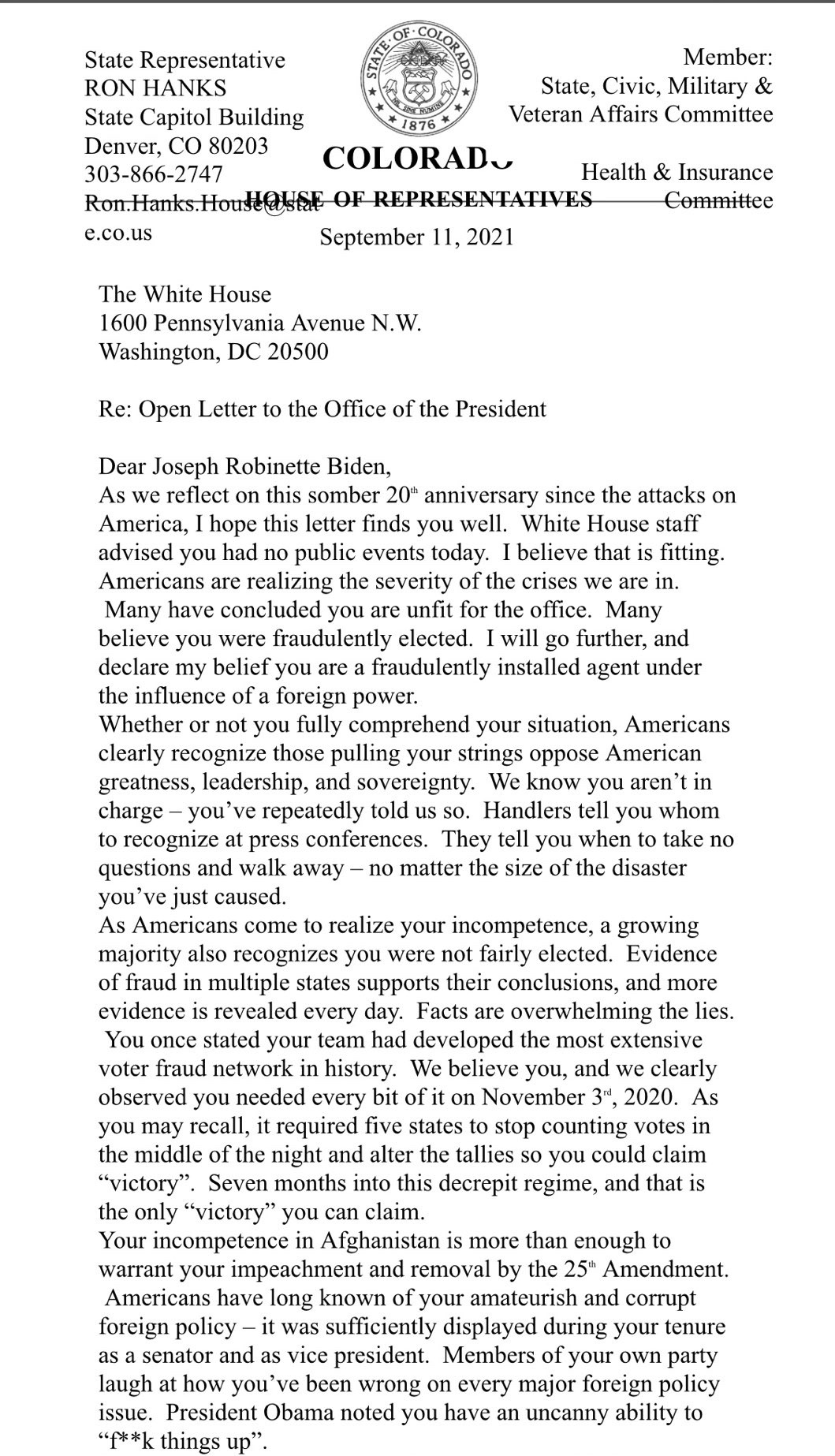 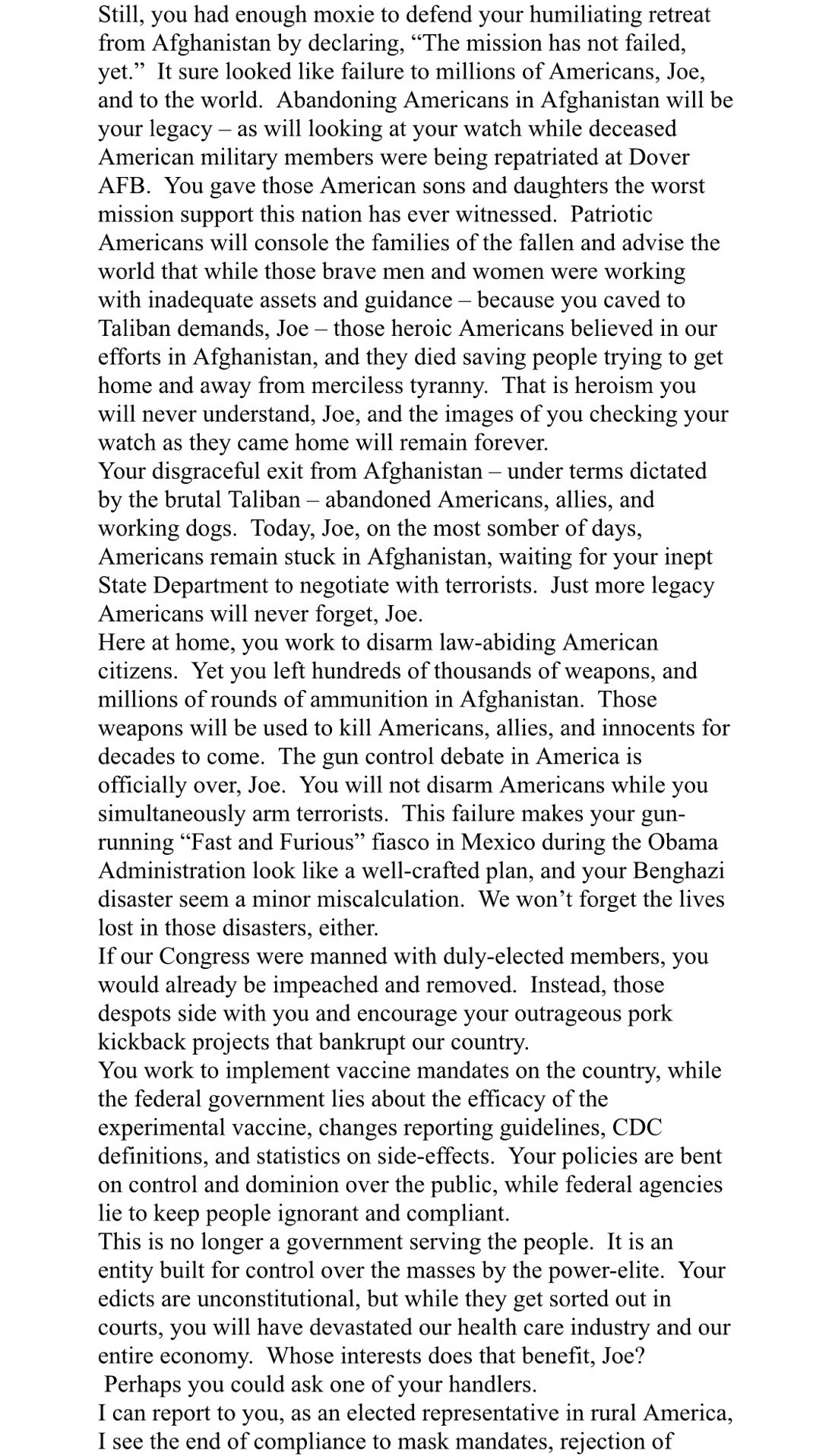 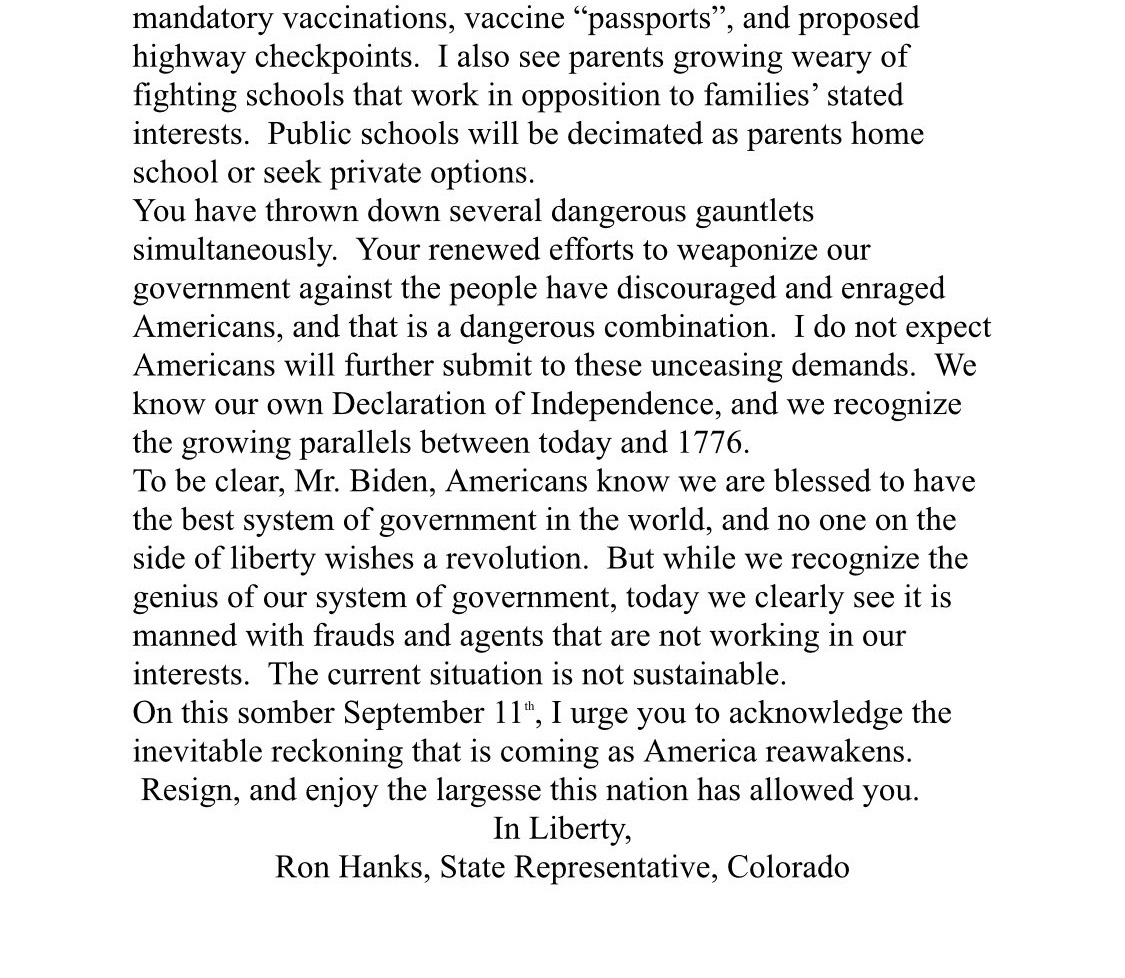 (Related: Wendy Rogers: ‘We Are Close to Arizona Releasing Portions of the Audit – Get Ready for More Distractions’)

Sen. Kennedy On The Left’s Push To Cancel ‘Snow White’ Ride At Disneyland: “We Are So Screwed”